Register for Financial Planning Today website for FREE to view more stories and get our daily newsletters. Click on 2 stories to see Registration pop up.
Wednesday, 24 August 2016 11:30

CISI and CII to hold talks over Paraplanning standard 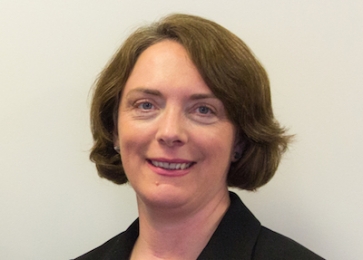 The CISI and CII are due to hold talks this week over proposals for developing a Paraplanning standard.

Moves to create a Paraplanner kitemark have been underway for a while as a result of the Paraplanner Powwow movement, with a desire among Paraplanners to lay down a benchmark for their profession.

The CISI has told Financial Planning Today it has been discussing the matter with counterparts at the CII.

Jacqueline Lockie CFPTM Chartered FSCI, deputy head of Financial Planning at the CISI, said: “We were asked by the Professional Paraplanner Interest Group to contact the CII to engage with them to help build consistent Paraplanning standards.

“The CII has its own Paraplanner group and at least one member of the CISI PPIG is on that group too.

“We approached the CII and had an initial meeting in July. Another meeting is due to be held later this week. We will report back to the Professional Paraplanner Interest Group after that.”

Powwow founder Richard Allum has previously told FP Today that he had involved the PFS and CISI in talks about the standard and was hopeful of building consensus to back the plans.

Asked if the CISI believes broadly speaking that a standard would be a positive thing for the sector, Ms Lockie said: “Absolutely. The Paraplanners themselves will drive forward what they would like to see in those standards and how they should develop.

“Crucially they will need to demonstrate how these standards complement other standards in existence such as the Paraplanner apprenticeship. Whether this starts with a job description and then expands from there, it is up to the Paraplanners to decide. We will do what we can on advice from the PPIG to support that.”

Ms Lockie believes that Paraplanning plays a “critical role in developing the public’s understanding of financial planning and how that is delivered to clients”.

The CISI is looking to develop its Paraplanning work further, with technical update days and skills improvement CPD workshops just for Paraplanners on the cards for 2017.

There will be a Paraplanner stream at this year’s Scottish Conference in December.

Mr Allum told FP Today earlier this year there have been some “cracking ideas” about developing the standard already. Read more here.

A few Paraplanners have said it was a bad idea but they were in the “vast minority”, he said at the time, with concerns from some that it might be seen as elitist. Other potential problems that have been raised included whether employers would recognise a new standard.

A CPD-based standard has been among the ideas floated for how the standard would work. Read more here.