Register for Financial Planning Today website for FREE to view more stories and get our daily newsletters. Click on 2 stories to see Registration pop up.
Tuesday, 27 September 2016 12:04 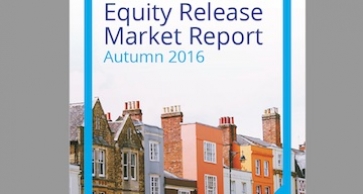 Annual growth in equity release lending has reached the highest level seen for over a decade.

There was a growth of £198 million in equity release lending between the first halves of 2015 and 2016, the report stated.

Lending in the second quarter of 2016 exceeded £500m for the first time and set a new record for the highest quarterly lending total.

The rise has come at a time when more providers and products have appeared on the market. Research by Moneyfacts in March showed the range of equity release products has grown by 34% year-on-year and more than doubled compared with three years ago.

The council’s analysis shows that since 2007, equity release lending activity in the second half of each year has been 13% higher on average than the first half of the year. This has increased to 20% over the last five years (2011-2015) and reached 26% in 2015.

Nigel Waterson, chairman of The Equity Release Council, said: “Growth is being driven by a combination of rising consumer demand and continuing signs of innovation and change in the market.

“In terms of demand, savings shortfalls and other financial challenges leave many over-55s looking for an extra source of income in later life, while housing wealth also offers a vehicle for intergenerational transfer of wealth and inheritance planning.

“The industry response so far this year has already seen new providers, partnerships and new potential emerge, with closer relationships being built with related areas of financial services including residential mortgages and later life Financial Planning.

“Established and new providers are making strides to compete on interest rates, expand the product range and introduce new flexibilities alongside the Standards and guarantees that have established a safe and reliable market for consumers over the last 25 years.”

Drawdown lifetime mortgages remained the most popular product choice in H1 2016, with 67% of new plans falling into this category.

This continued the trend seen over the last five years where at least 65% of new plans agreed during every half year period since H1 2011 have been drawdown.

A total of 7,917 drawdown plans were agreed: the largest number in any first-half period on record.

More in this category: « Time for IFP-CISI merger doubters 'to get behind it' Jail time extended for lavish investment fraudster »
back to top