George Osborne is new editor of the Evening Standard 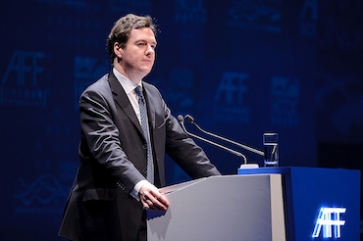 Former Chancellor George Osborne is the shock successor as editor of the Evening Standard, it emerged this morning.

The newspaper has announced on its website that he will succeed Sarah Sands and take up his role in early May.

Mr Osborne, who left his role as Chancellor last year, will continue in his role as an MP.

Speaking to the Evening Standard website, he said: "This is such an exciting and challenging job and I’m thrilled to take it on. The Evening Standard is a great paper, testimony to the hard work of Sarah Sands and the impressive team, and to the investment of its owners. I look forward to working with, learning from and leading this team of dedicated professionals.

“Growing up as a Londoner, I’ve always known that the Evening Standard is an institution that plays a huge part in the life of the city and its people. Now it is a great honour that I can play a part as leader of the editorial team making the Evening Standard

Evening Standard proprietor, Evgeny Lebedev told his newspaper: “In George, we have appointed someone of huge political achievement, and economic and cultural authority. Once he put himself forward for the position, he was the obvious choice. I am proud to have an Editor of such substance, who reinforces the Evening Standard’s standing and influence in London and whose political viewpoint - liberal on social issues and pragmatic on economic ones - closely matches those of many of our readers.”