Ray Pierce to lead Succession after death of Simon Chamberlain 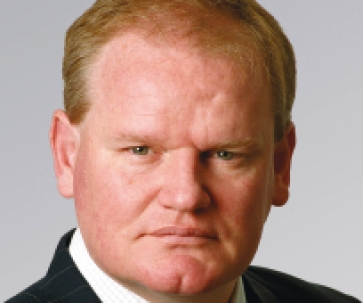 Mr Pierce joined Plymouth-Based Succession as chairman in November 2009 and has extensive financial services' experience, in both executive and non-executive roles.

His appointments include senior independent non-executive director at Tesco Bank. Before that he was a senior vice president of American Express, chief executive of IFA group Robson Rhodes and a board director of Guardian Royal Exchange Plc, at the time a FTSE 100 company.

Mr Pierce said: “Succession’s plans, strategies, and vision remain unchanged. Thanks to the strong foundations that Simon built, Succession is exceptionally well-equipped for the future. We have a proven market leading model, a strong management and operational team; our financial results are excellent, and we have the wholehearted and unconditional support of our investors, Inflexion”.

He added: “Succession will continue to offer the best possible support to Simon’s family at this difficult time. I have been touched by the huge number of messages of condolence and support, from both within and outside the company. The best way we can honour Simon's memory is to redouble our efforts to bring his dream to fruition. I know he would expect nothing less”.

Mr Chamberlain was a founding partner of St James Place and founded Succession in 2009. It has grown to 350 Financial Planners.

He was also the founder of the Thinc Group (now Bluefin) and a former development director for Zurich in the UK. He held various non-executive board positions, and was an adviser to Plymouth University Business School and a TISA board member. The cause of death has not been disclosed yet.

Last year in May, he told his local paper The Plymouth Herald that he was planning to retire aged 55.

He told the paper: "I've got a train to catch. My wife and I said that when we reached our 55th birthday we'd go to Paris and catch the first 12 o’ clock train out to where ever.
"It might be 2018 or 2020 but it will happen. After that, we'll just see where that train takes us."