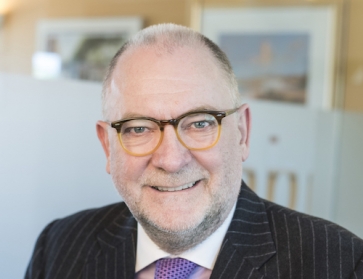 An IFA that was originally set up to focus solely on providing advice to music and entertainment stars has signed a deal to provide offshore pension and Financial Planning advice to expatriate pension scheme members and pensioners.

Cheshire-based Alexander Beard Group has been appointed by Origen Financial Services as its chosen partner to provide the service. Advice will be provided through ABG’s offices in Europe, South Africa, Australia and the United States.

Origen, which has 150 staff, is wholly owned by Aegon UK.

Mr Beard, Alexander Beard Group executive chairman, said: “Naturally we are delighted to have been selected by a firm of Origen’s status and look forward to adding value with our many years of experience in the expatriate market place.

“With the changes that have taken place and, we believe, are about to take place in the Recognised Overseas Pension Scheme market place, it is important that expat’s with UK defined benefits and defined contribution group scheme entitlements get the best possible advice about the future management of their pension funds.”

Mark Pearson, director of business development at Origen, said: “With an increasingly complex legislative environment and a rising understanding of the pension options available, scheme members based overseas need to receive advice from someone we trust and who are able to serve them in their country of choice.”

Alexander Beard has 2 other offices in Leeds and London and 5 overseas offices in Den Bosch, Lyon, Johannesburg, Perth and San Francisco.

More in this category: « PFS and CII undergo group re-branding with new look 7IM reveals cashflow modelling app link up with Intelliflo »
back to top