Register for Financial Planning Today website for FREE to view more stories and get our daily newsletters. Click on 2 stories to see Registration pop up.
Monday, 25 September 2017 09:17 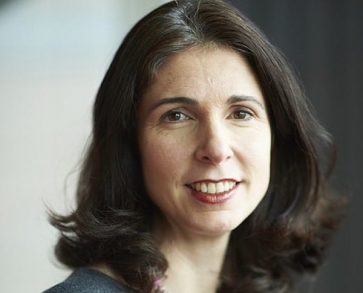 Brexit fears have knocked confidence within the financial services sector where sentiment deteriorated in the three months to September, according to the latest CBI/PwC Financial Services Survey.

This was despite a broad-based expansion of business volumes and expectations of a stronger quarter ahead. The CBI also believes that confidence may be set to improve.

Looking ahead to the quarter to December, growth in business volumes is expected to accelerate: 34% of firms expect volumes to rise next quarter, and 7% expect them to fall, giving a balance of +27%.

The quarterly survey of 94 firms found that overall optimism about business fell slightly in the quarter, having deteriorated steadily since the beginning of 2016. But while banks and building societies were noticeable less optimistic, finance houses, life insurers and investment managers were more optimistic than the previous three months.

Volumes expanded in all but one sub-sector – building societies – where volumes contracted at the fastest pace since 2011. Looking ahead, demand in the financial services sector as a whole is expected to strengthen next quarter, although building societies expect little respite, with a further fall in volumes expected.

Profitability is generally expected to improve at a more robust pace in the three months ahead. Building societies are again the exception, as falling volumes coupled with rising average costs saw profits drop, as they are anticipated to do in the next quarter.

Firms expect to step up the pace of hiring over the coming quarter and investment intentions for the year ahead have improved significantly, with marketing budgets increasing, investment in IT anticipated to rise at the fastest pace in two and a half years, and planned investments in land and buildings rising for the first time since 2014.

Rain Newton-Smith, CBI chief economist, said: “While demand in the sector is expected to hold up in the near-term, we can’t ignore the fact that optimism has dropped in almost every quarter for the past two years. With Brexit uncertainty affecting the wider economy, it’s vital that substantive progress is made during the next round of Brexit negotiations, so that transitional arrangements can be agreed and businesses can make decisions now about investment and employment that will affect economic growth and jobs far into the future.”

“However, the financial services sector is at a crossroads. The way ahead is uncertain, particularly as Brexit negotiations are yet to be resolved. A co-ordinated action is now required by government, financial services firms and regulators to ensure the continued future success of the industry and its customers.”

“Above all, efforts must be maintained to retain and increase trust among customers.”

The most important motivations for investment in the quarter to September were the need to increase efficiency and ensure regulatory compliance, with spending on regulatory compliance predicted to increase at the fastest pace since the question was first asked in this survey in 2006. The share of firms investing to provide new services also hit a two-and-a-half year high.

Maintaining the UK’s position as a leading FinTech and innovation centre is seen as vital for success, along with preserving access to talent and ensuring internationally focussed regulation.

Income from fees, commissions and premiums was flat (0%), but is expected to grow over the quarter ahead (+9%)

The September 2017 Financial Services Survey was carried out between 15 August and 1 September with 94 firms responding. The CBI represents 190,000 businesses of all sizes and sectors.