Register for Financial Planning Today website for FREE to view more stories and get our daily newsletters. Click on 2 stories to see Registration pop up.
Monday, 18 December 2017 11:03 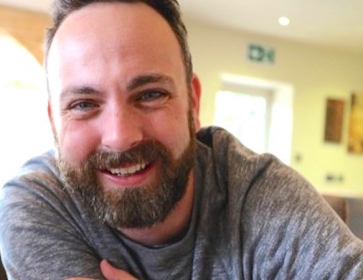 Leading Financial Planner Martin Bamford has announced that he will give up his membership of the CISI as he is “just not getting any value anymore,” he announced on Twitter.

He reassured his followers however that he is “still a Chartered Financial Planner and Accredited Later Life Adviser,”  which means, he says, enough CPD and training opportunities to keep him ‘current.’

Mr Bamford, managing director of Informed Choice in Surrey, said that he is “sad to say goodbye” to his Chartered Wealth Manager and CFP titles, both awarded by the Chartered Institute for Securities & Investment which is based in London and has 40,000 members around the world.

Mr Bamford, a regular columnist for Financial Planning Today and media commentator, said that he was rationalising his professional designations to cut down on paperwork and CPD.

Speaking to Financial Planning Today he said: “My decision to relinquish my membership and associated titles has been a while coming, as I’ve been underwhelmed by life as a member post-acquisition. With the exception of the activity at a few remote branches, the focus on Financial Planning has all but disappeared and communication from the CISI has been sorely lacking.”

The ‘final straw’ for Mr Bamford was dealing with an inflexible CPD recording system, he told Financial Planning Today.

He said: “Rather than spend my precious time doing CPD admin over the Christmas break to satisfy an audit deadline of the New Year, I’ve decided to relinquish my membership instead.

“The decision means that I can no longer use the titles CFP professional or Chartered Wealth Manager, which is a shame. I will continue to be a Chartered Financial Planner, Fellow of the Personal Finance Society and SOLLA Accredited Later Life Adviser.”

In an environment, which according to Mr Bamford has so many requirements for CPD, he urged professional bodies such as  the CISI to “work hard to demonstrate genuine value to members.”

He concluded: “Judging by the response to my message on Twitter yesterday, I’m far from alone in making the decision to leave the CISI and many other Financial Planners have reached similar conclusions.”

Mr Bamford also said that the merger between the IFP and CISI had “demoted Financial Planning within the new organisation.”