Cash ISA returns for 2017 are worst on record 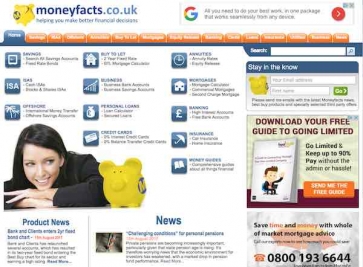 Cash ISAs have provided the lowest rates of return since they were launched, according to an industry report.

The average return on cash ISAs over the past year was 0.93%, the lowest seen on Moneyfacts records.

In January 2017, the average cash ISA rate fell to its lowest level at 0.82%, but after several months of consistent rate rises, it has today hit 1.09%. This is still much lower than what could be achieved just two years ago, revealed the data provider.

The average ISA rate includes all fixed and variable cash ISAs and goes back to 2007. Average stocks and shares ISA growth is calculated using Lipper data.

In April 2017 the average easy access ISA rate and average notice ISA rate both fell to their lowest level.

However, with CPI inflation at 3% savers’ cash continues to be eaten away by inflation, as there is not one single standard savings account that can match 3.0%, said Moneyfacts.

There is some good news, as rates across the savings market have risen for a 12th consecutive month, with the number of rises continuing to outweigh cuts, as 59 individual rate cuts were seen compared to 237 rate rises in December. This includes 80 rises and 11 cuts for ISAs alone, revealed Moneyfacts.

Rachel Springall, finance expert at moneyfacts.co.uk, said: “ISAs have been left crippled by low interest rates and Government schemes, which has resulted in the worst year we have ever seen for the interest paid on cash ISAs. Whilst these savings vehicles have been a sought-after home for savers’ cash over the years, their appeal is likely dwindling due to the returns on offer.

“To add insult to injury, inflation has been eroding any returns, with CPI averaging out at 2.74% over the last 12 months. The average return on cash ISAs over the past year was around a third of this, at 0.93%, marking the lowest rate we have ever seen and showing just how much ISA savers are being left out of pocket."