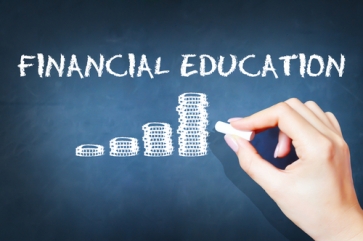 Many parents want to see finance lessons take priority over topics such as sex education, a survey has suggested.

Mums and dads want better money management teaching included in the curriculum, according to a YouGov poll.

YouGov research conducted for MyBnk and global bank MUFG found that parents in the UK do not believe that schools do enough to equip pupils with personal finance skills.

Some 54% of parents agreed that schools should spend more time teaching personal finance, and 55% would cut time from the national curriculum to ensure their child received more money lessons in things such as budgeting and how to avoid unnecessary debt.

Jane Goodland, responsible business director at Old Mutual Wealth, said: “The research shows parents are asking for financial education to take priority over other PSHE subjects, like sex education, as they recognise that financial education will better equip their children with the knowledge they need to succeed in the world.

“An understanding of budgeting, investing and making financial plans is hugely important.”

She pointed to the FCA’s Financial Lives Survey which revealed 4.1 million people failed to pay bills or credit commitments in three or more of the previous six months, and 3.5 million Brits were borrowing from friends and family to make ends meet.

The Money Advice Service said just 7% of pupils talked to their teachers about money last year and that money habits were being formed around the age of seven. The YouGov poll of 1,043 parents of children under 18 also found generational and regional divides in attitudes towards life skills topics.

Guy Rigden, chief executive of MyBnk, said: “These findings illustrate how squeezed school timetables are and what parents feel about how we’re using that precious time. We need to ensure we maximise impact by supporting teachers to deliver what works.”

He said all the topics in PSHE are important and “should be taught regularly, as a whole subject”.

The topic of finance education arose when planners talked to Financial Planning Today magazine for the latest issue, out last month. Several planners included improved money management tutoring at school on their wishlists for this year.

He said: “This needs to begin in schools. It is just as important in my opinion to be able to understand and respect the value and management of money as it is to understand mathematics and command of the English language.”

She said: “I think there should be a core part of general studies dedicated to it and then units in every degree course no matter what you are studying. I know I needed it and didn’t get it.”