Platforms fall short on service despite boom in business 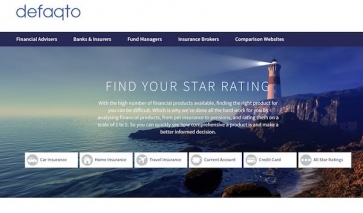 The percentage of financial advisers putting all their business on platforms is up 45% to 16% in the last year but many advisers are unhappy with service levels, according to a report from data provider Defaqto.

The report published today says that despite the platform boom adviser satisfaction levels are declining and are down 6% year-on-year. About 17% of advisers have changed their preferred platform in the last 12 months.

Defaqto looked at which platforms advisers see as their ‘preferred’ choice. The top three were Old Mutual, Aviva and Fidelity FundsNetwork.

But when asked about how satisfied they were with those services, advisers said that satisfaction levels were declining (down 7% on the previous year), with technical assistance satisfaction declining most, by 10%.

Despite continued mergers and acquisitions, re-platforming exercises and increasing levels of functionality, many platforms still fall short when it comes to the basic levels of servicing they provide, says Defqato, and have some way to go to match the market leaders.

With many providers offering similar products, service is now often one of the key differentiators for advisers when researching and selecting a product, says the firm.
Defaqto asked hundreds of financial advisers who use Defaqto about their views on the service they receive from over 200 providers covering DFMs, protection insurers, platform, pension and bond providers. Product providers were then rated Gold, Silver or Bronze based on their overall satisfaction score.

For platforms, advisers were asked to rate providers in relation to 11 categories: 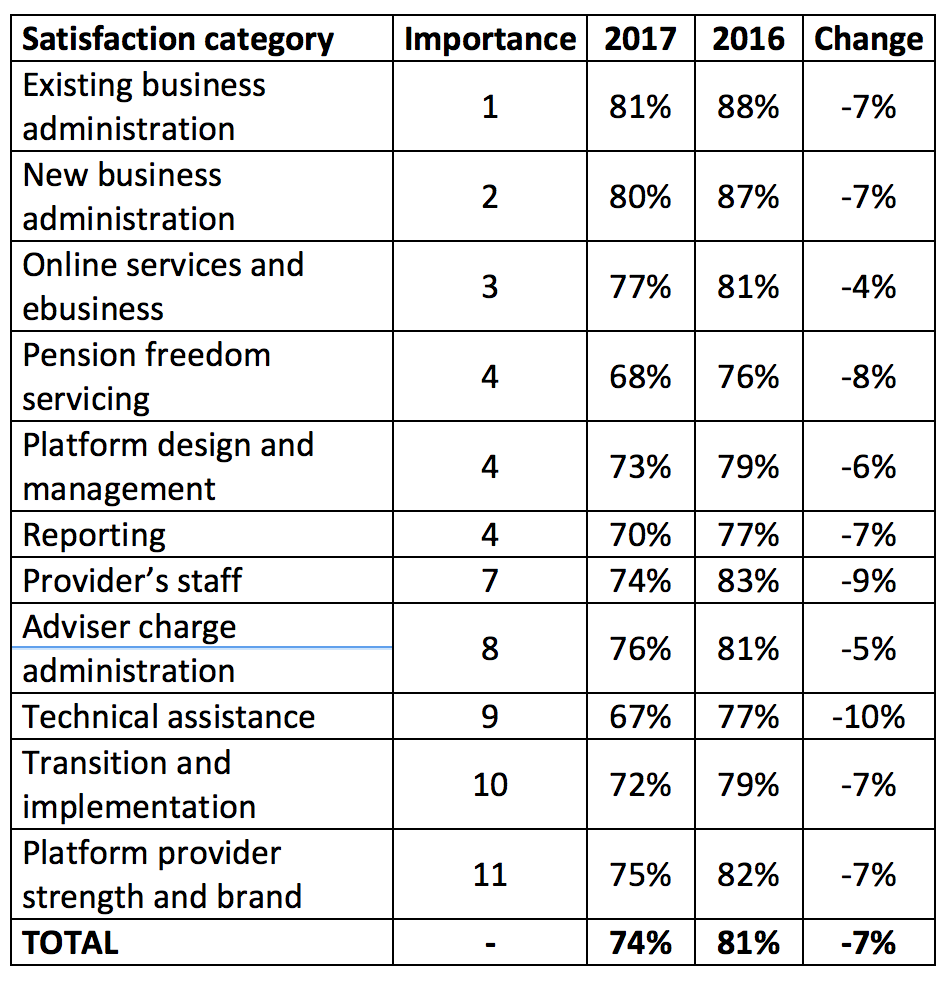 Pension freedom servicing saw an above average decrease in satisfaction, which is more significant as that category is ranked fourth for importance.

David Cartwright, head of Insight and consulting for Wealth and Protection at Defaqto, said: “Because the respondents are scoring their preferred providers, one would expect the response to be generally positive; however, where low scores are cast it is a wakeup call to the provider concerned that their supporting advisers are dissatisfied with some aspect of their proposition to them.