Register for Financial Planning Today website for FREE to view more stories and get our daily newsletters. Click on 2 stories to see Registration pop up.
Tuesday, 13 March 2018 10:23 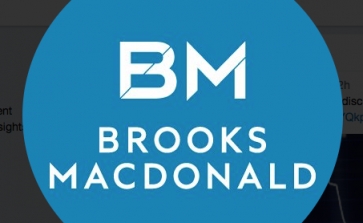 The fall has come about mainly due to a £5.5m increase in the provision for resolving legacy matters, the company said in a financial performance report to the Stock Exchange today.

It also announced the appointment of Adrian Keane-Munday as managing director of Financial Planning. He joins from HSBC, where he has worked in various roles since 2007.

Caroline Connellan, chief executive, said the hires were part of an ongoing commitment to invest in the senior team.

She also commented on the fall in profit, saying: "Last July we announced that we are dealing decisively with certain legacy matters, upholding our commitment to protect our clients' best interests and supporting our relationships with key intermediaries.  Today we announced a £5.5m increase in the associated provision.  We continue to make all possible efforts to bring the matter to a conclusion.

"Following an encouraging first half of the year and continued momentum in the early weeks of the second half, we remain confident of the significant growth opportunities open to us."

Despite profit before tax falling, she reported a “strong half-year with double digit increases in both funds under management and revenue”.  The company said its underlying profits before tax, which exclude one-off costs and legacy issues, increased by 3.2 per cent to £8.5m.

Ms Connellan said: "We have made good progress with our investment programme to enable the business to grow sustainably while enhancing efficiency.  Our medium-term focus is on delivering improved operating margins.”

Chris Knight, chairman, said: “I am pleased to report continued momentum for the group in the period, with strong growth in discretionary funds under management driving increases in both revenue and underlying profit.

"The early weeks of the second half have seen momentum maintained in the underlying business and we remain confident in our prospects for the full year."