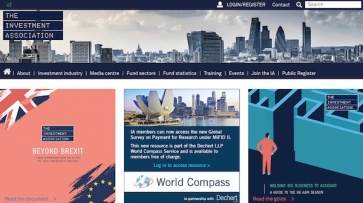 A total of £620m was invested in ISAs during March as the final rush to invest in the 2017/18 tax year got under way, the Investment Association has reported.

• Net retail sales positive with an additional £1.5bn invested into UK authorised funds.
• ISA sales turned positive for the first time in seven months at £363m, with an additional £256m in the first five days of April, as investors sought to use their 2017/18 ISA allowance.
• Mixed Asset was the best-selling asset class amongst retail investors again with £890m in net retail sales.

Chris Cummings, chief executive of the Investment Association, said: “The start of the ISA season kicked off in March with a total of £620m invested into ISAs throughout this month and into the first five days of April, leading up to the end of the 2017-18 tax year.

“With an additional £23m being placed into ISAs in comparison with the same period last year it is positive to see growth in this high-street investment product.”

“Fixed income saw an outflow for the second month in a row (-£309m) as investors stopped allocating to the Sterling strategic bond sector.”