Register for Financial Planning Today website to get our daily newsletters. Click on 2 stories to see the Registration pop up.
Monday, 21 May 2018 11:07

Advisers carry on despite jail term for sex offender owner 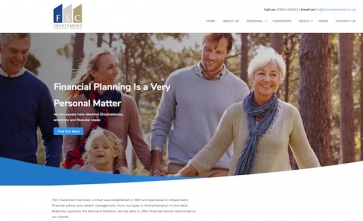 The man now in charge of sex offender adviser Frank Cochran’s firm FSC has said the company is “carrying on great guns” and it is business as usual despite the upheaval.

Speaking exclusively to Financial Planning Today, Blair Dunsmuir, who describes himself as finance director and general manager of FSC Investment Services of Waterloo Road, Wolverhampton, confirmed the prison sentence for the firm’s owner had caused turmoil, but said it would continue and added: “Why should we suffer?”

Mr Cochran was jailed one month ago at Stafford Crown Court for seven years for a string of offences including sexual assault by penetration, using controlling and coercive behaviour and putting a person in fear of violence by harassment.

He also previously pleaded guilty to owning a Taser bought on holiday.

High profile adviser Mr Cochran, who advised a large number of clients during his career, including celebrities and had featured on TV interviews with Sky, ITV and CNN, has seen his directorship of FSC terminated but remains a majority shareholder and the firm is still in operation.

He was still working at the firm up to the end of February and was advertised as leading an ISA seminar despite being charged with the offences in August last year.

Mr Dunsmuir, who has worked at FSC for nine years, said a system was put in place to keep clients safe and reassure them following Mr Cochran’s conviction last month.

He said: “In the back end of 2016, early 2017, when Mr Cochran told us there could be some problems which could come to bite him in the future, we looked at things, we took advice, we spoke to various people, we took some help from the regulator on the helpline.

“We thrashed out how he would be appropriate with the clients.

“There was always somebody around, they weren’t at any risk, there was no suggestion that Frank was going to be a danger.

“Some people have come to see me and have asked me about this of late. We’ve kept the clients up front all the way through.

“Apart from seven clients, they’ve been all supportive, I’ve had a lot of letters.

“Seven clients have phoned me up and said, ‘look Blair, I have got a little bit of a moral issue here, so I have to move on.’

“Seven clients out of nearly 800 isn’t too bad.

“We’re speaking to every client we can and visiting their homes, we’re taking on board everything the regulator has told us.

He revealed the verdict had hit the company hard.

He said: “Myself and my colleagues within the company obviously feel let down, but why should we suffer?

“Frank Cochran is at Her Majesty’s pleasure, but he’s getting four square meals a day, it is demoralising.”

He added: “I’m not saying there haven’t been tough times over the past four weeks, I’ve burned the candle quite a lot.”

Mr Dunsmuir, who hopes to be able to buy out Mr Cochran’s shares in the future, said he was strongly considering rebranding the company, which is named after Frank Cochran’s initials, in a bid to distance it from the convicted sex offender.

“Two thirds of the clients have said, ‘you need to rebrand’ [and] I think that’s pretty much the way to go,” he said.

Moving to reassure clients he said Mr Cochran had been “struck off as director” and that he was “not involved in the day to day running” of the company.

He added: “There’s been an internal investigation [and] we’re working closely with the regulator.”

Mr Dunsmuir credited the FCA with helping to keep the business afloat by providing advice and guidance.

Speaking about the future, he said: “We are carrying on great guns, it’s business as normal and my door’s open for any new business.”

More in this category: « AFH acquires advice arm of Nottingham law firm Ex-Shadow Pensions Minister and a Quilter exec join TISA board »
back to top