Register for Financial Planning Today website for FREE to view more stories and get our daily newsletters. Click on 2 stories to see Registration pop up.
Thursday, 31 May 2018 10:50 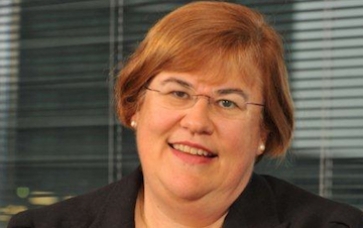 Lesley Titcomb, chief executive of The Pensions Regulator, is to stand down at the end of her four year contract in February.

Ahead of her departure, the TPR says Ms Titcomb and the executive team “will continue to drive forward the significant programme of change she has been leading to make The Pensions Regulator clearer, quicker and tougher.”

TPR highlighted a number of achievements during Ms Titcomb’s tenure:

• Helped more than 9.6m more people start saving for their retirement with more than 1 million employers complying with their Automatic Enrolment duties
• Secured £363m for members of the BHS pension schemes and £329m for Coats members, taking the amount secured through initiating anti-avoidance action to over £1bn
• Negotiated enhanced pensions for the members of the British Steel Pension Schemes by securing over £500m from Tata Steel UK to set up a new scheme
• Increased proactive case work by 90%, using powers more often and testing powers not previously used
• Secured 7 successful criminal prosecutions for failure to provide information, wilful noncompliance with automatic enrolment duties and recklessly providing false or misleading information to TPR
• Set up an authorisation regime for Master Trusts to ensure people can save with confidence
• Redesigned and begun implementing a new approach to regulation, focusing more proactively on mitigating risks through ongoing oversight, escalating intervention and quicker action across more schemes.

Mark Boyle, TPR chairman, said: “On behalf of the board and the whole organisation I want to express our appreciation for the superb job Lesley is continuing to do as our chief executive.

“We respect her decision, but will be very sorry to lose her. She has been a real catalyst for change, working with energy and drive to get results and make a difference to the way we work.

“Lesley has strengthened our leadership team and will continue, over the coming months, to implement TPR Future, the change programme she and I instigated together which is already making us a more effective regulator.”

Ms Titcomb said: “This has been a difficult personal decision taken after extensive discussion with family and the chairman.

“I love working at TPR and am immensely proud of what we are achieving.

“But as I turn 57 next month, the end of my contract in February 2019 feels like the appropriate moment to find more time in my life for family, friends, other interests and opportunities.

“However, in the nine months before my departure we have a lot more to do.

“I will be here leading that work with my strong, committed TPR team.”

The search for a successor has already begun with the eventual appointment subject to the approval of the Secretary of State for Work and Pensions.