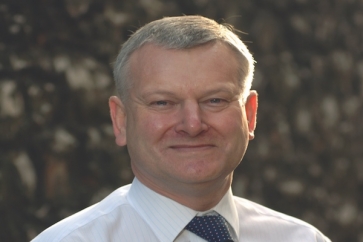 Hargreaves Lansdown co-founder Stephen Lansdown has cashed in £129m of shares, according to a notification to the London Stock Exchange.

Mr Lansdown and fellow founder Peter Hargreaves have been divesting themselves of their shares in the Bristol-based FTSE100 firm for some years with this latest share sale valued at £129.69m.

Mr Lansdown, who sold the shares through his own firm PHL Limited, still retains a large holding in the company of nearly 11% of the voting shares, worth more than £1bn at £19.65 per share.

The Bristol City FC chairman and Chartered Accountant, who is now based in Guernsey, co-founded the firm in 1981 from a spare room.

The firm is now estimated to be worth more than £10bn and serves around 1m clients.

The company has a growing Financial Planning operation and provides SIPPs, ETFs, VCTs, ISAs and other financial services.

In May, the Bristol-based investment firm increased new business by £3.3bn in the four month period to 30 April, added 60,000 new clients and saw a 16% surge in revenue.

The company had assets under administration of £88.8bn as of 30 April and year-to-date total net revenue of £366.6 million.

In February it was revealed 61,000 net new clients signed up with Hargreaves Lansdown during the second half of last year.

The company said it reached the one million active client mark in November 2017 and the firm’s client retention rate “remained very high at 94.5%”, a report stated earlier this year.

More in this category: « BBC tip off leads to 2 jailed for role in £1.2m scam Chancellor reveals 2 financial services initiatives as Brexit looms »
back to top