Register for Financial Planning Today website for FREE to view more stories and get our daily newsletters. Click on 2 stories to see Registration pop up.
Thursday, 12 July 2018 15:53 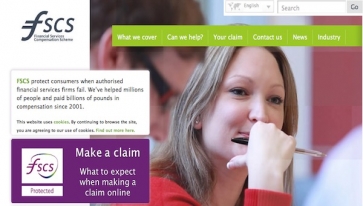 The Financial Services Compensation Scheme, the consumer protection body, has declared eight firms in default, opening the door to consumers getting back money they have lost as a result of dealings with the failed firms.

The firms were declared in default during June.

The FSCS is the UK’s statutory compensation scheme that protects customers of regulated financial services firms. Since it began in 2001, it has helped more than 4.5m people, paying out more than £26bn in compensation.

A declaration of default means the FSCS is satisfied a firm is unable to pay claims for compensation made against it. This paves the way for customers of that firm to make a claim for compensation to the FSCS.

“This vital service, which is free to consumers, protects your deposits, investments, home finance and insurance. We want anyone who believes they may be owed money as a result of their dealings with any of these firms to get in touch as we may be able to help you.”

The firms declared in default by the FSCS in June are:

Yorkshire and the Humber