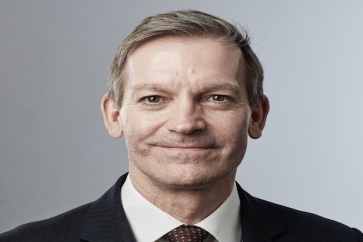 Financial Planning and wealth management firm Quilter has announced a number of changes to its executive committee.

The company says the revamp was to ensure that it is “well-prepared for the next phase of its corporate journey” following its listing on the London and Johannesburg Stock Exchanges on 25 June.

All new executive committee members will report to Paul Feeney, CEO of Quilter.

After 15 years Martin Baines will step down as the CEO of Quilter Cheviot.

He will stay on throughout 2019 as a senior adviser to the Quilter Cheviot board, the firm said.

His job will encompass senior client and business development activities, reporting jointly to Paul Feeney and Ian Buckley, the newly appointed independent non-executive director and chairman of the Quilter Cheviot’s board.

Mr Buckley recently joined Quilter Cheviot from Rathbone Brothers alongside Philip Tew as an independent non-executive director, who joined the business from PricewaterhouseCoopers.

He has worked through his entire career at Quilter Cheviot, having joined in 1994 and most recently led the front office functions based in London.

Steve Braudo, the organisation’s current chief operating officer, will leave the firm on 5 October to be replaced in January by Karin Cook.

She spent five years at Lloyds Banking Group, where she was COO of commercial banking and, more recently, group director of operations on the group executive committee.

Ms Cook also spent nine years at HSBC including a stint as COO of global private banking from 2010 to 2013.

Paul Feeney, chief executive, said: “I am delighted that Andy, Karin, Peter, Michelle and Jane are joining my executive team as all bring valuable experience and skills.
“Karin brings a huge amount of experience  from working as COO in two publicly listed, financial services organisations; Peter has already made good progress in transforming our international business; Andy has an exceptional understanding of Quilter Cheviot and the wealth management industry; Michelle is a very experienced marketing professional who has demonstrated her capabilities throughout the 21 years she has worked here, particularly with regard to our rebranding to Quilter and Jane has made a huge impact in developing our responsible business strategy and external stakeholder engagement campaigns over the last three years.

“I believe that we are very well placed to drive forward the next phase of our corporate journey.”
He added: “I am delighted that I will continue to work with Martin in his new role and also welcome Ian and Philip to our organisation.

“On behalf of everyone at Quilter, I would like to thank Steve Braudo for his valuable contribution.

“Over the last two years, Steve has supported our managed separation from Old Mutual plc, our listing on the London and Johannesburg Stock Exchanges and has established robust governance and IT standards within Quilter.

“We wish him well for the future.”

More in this category: « Advisers warned to consider clients’ ethics or risk losing them Pension transfer advisers will need specialist qualification from 2020 »
back to top