Register for Financial Planning Today website for FREE to view more stories and get our daily newsletters. Click on 2 stories to see Registration pop up.
Thursday, 15 November 2018 09:31 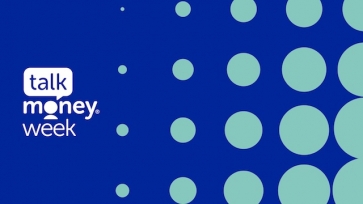 Two major surveys carried out for the Talk Money Week campaign this week have highlighted the poor state of financial education in the UK and the overwhelming desire of adults for much better money education for themselves and their children.

Many adults believe their own money education - and that of their children - is woeful and undermines their ability to plan financially.

A survey commissioned by wealth manager Quilter found that over three quarters of UK adults who did not receive financial education while at school wish they had. Only 12% of parents say their children have received some form of financial education.

A separate survey carried out by online fund manager Moneybox found that two thirds of Millennials have never been taught about Financial Planning in its widest sense.

•More than half confess they have no financial plan in place

A survey last week for credit reference firm Noddle found that since the addition in 2014 of compulsory financial education to the National Curriculum in England 16-18 year olds had much better financial knowledge than their older Millennial brothers and sisters, albeit personal finance tuition is still patchy in schools.

Talk Money Week, formerly Financial Capability Week, is the annual campaign which aims to get more people talking about their finances in a bid to improve money management across the UK.

Quilter, which commissioned YouGov to survey 2,000 UK adults in October, says it believes financial education should be included as part of the primary school curriculum.

Its research showed that UK adults agree, with 98% of respondents believing that financial education should be taught in school and 41% believing that it should be added to the primary school curriculum.

Jane Goodland, corporate affairs director at Quilter, said: “Over the past number of years we’ve seen a disturbing number of statistics on the financial fragility of UK household finances. Despite this financial education remains worryingly absent from the school curriculum.

“Common sense would dictate that if we want to give the next generations the best chance at financial success we need to give them the tools and education to do so. Financial education isn’t going to fall on deaf ears, the population is craving it.”

Moneybox, which commissioned Censuswide to survey 2,035 UK adults aged 18-35, found that more than half of Millennials (55%) admit to having no financial plan in place.

Some 38% of Millennials did not know what an ISA was and almost half (49%) did not know about the potential long term benefits of investing in shares versus cash, said Moneybox.

Moneybox is this week launching the “Moneybox Academy” – an education series designed to help people plan for the future and improve financial literacy. The Academy will cover key investing topics such as compounding, volatility, active vs. passive funds and pound-cost averaging.

Moneybox is also launching a series of educational workshops – the first of these took place this week at the Moneybox HQ and was attended by a  group of Moneybox customers.