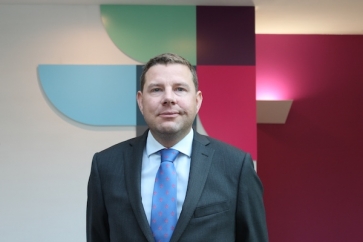 A former EastEnders and Grange Hill actor is one of the latest batch of recruits to AFH’s team of IFAs.

Simon Evans appeared in both BBC shows EastEnders and Grange Hill before finding a new career in the financial profession.

In Grange Hill he played a schoolboy and in EastEnders he was a supporter of the fictional Walford Town FC and was seen walking out of the station.

Mr Evans was born in East London but grew up in Upminster, where he still lives.

He started work in the City straight from school, before moving into financial advice aged 26.

The former small screen star worked for Halifax and then Santander for 17 years before joining AFH.

He said: “I already knew several other advisors working at AFH and they spoke really highly of everyone at the company.

“We’re in a people business, so working with great people is a huge inspiration.”

Mr Evans has one son who was said to be a talented goalkeeper for the under-9s team that Mr Evans coaches.

“And his TV experience will stand him in good stead – as at AFH we think everyone’s a star.”

More in this category: « FCA bans and fines director over ‘conflicts of interest’ FCA and PSR boards appoint new members »
back to top