Register for Financial Planning Today website for FREE to view more stories and get our daily newsletters. Click on 2 stories to see Registration pop up.
Friday, 11 January 2019 11:30 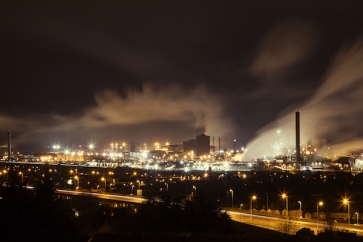 The Financial Services Compensation Scheme (FSCS) has revealed it has so far paid out £1.1m to former Active Wealth clients hit by the British Steel pensions debacle.

FSCS has today updated its approach to claims against Active Wealth “in order to ensure full and fair compensation” for former members of the British Steel Pension Scheme (BSPS).

The move followed meetings with steelworkers, their representatives and MPs.

Last year FSCS declared Active Wealth in default, as it was unable to pay claims against it.

It was revealed that to date FSCS has paid around £1.1m in compensation to former Active Wealth clients, including former BSPS members.

FSCS looks to compensate for the value of the retirement savings lost as a result of this mis-selling.

To achieve this, FSCS has confirmed that it will compensate for the up-front cost of professional advice on re-investment options for those members who remain in the SIPP wrongly recommended by Active Wealth.

FSCS says this recognises that members will want to exit the investments wrongly recommended by Active Wealth.

The body added: “In addition, where we have already decided on claims based on out-of-date values of the retained investments, we will revisit them to ensure an up-to-date transfer value is used in our calculations.

“Both of these measures will provide fair (and higher levels of) compensation to BSPS members.”

FSCS also considered compensating for ongoing adviser charges and after “very careful” consideration, decided not to change its approach in this area.

It said: “Our remit is to put people back in the position they would have been had they not been mis-advised rather than compensate for the costs of future investments and any advice charges associated with them.

“To provide fairness and consistency with all other claims we do not therefore believe it is appropriate to fund new, ongoing costs.”

Mark Neale, FSCS CEO, said: “We have strong sympathy for the plight of the members of the defined benefit pension schemes who were badly let down by Active Wealth and other advisers.

“We want to achieve fair compensation for them and hope these changes to our approach will go some way to helping them get back on track.

“We are also keen to hear from any BSPS member advised by Active Wealth who has yet to make a claim to FSCS – we are a free service to consumers, and stand ready to help.”