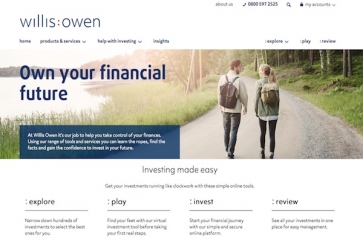 New research among people saving or investing into Junior ISAs (JISAs) has revealed 19% expect the funds to be worth over £40,000 by the time the children they have been opened for reach 18.

The findings, from Herts-based online investment services provider Willis Owen, show just 27% of those paying into JISAs opened them when the child was born.

A further 20% were opened before their first birthday, and 35% when the child was aged between one and five.

Overall, the research found that 75% of people investing in JISAs are the parents of the children, 21% are grandparents, and 8% are step-parents.

One in 20 (5%) JISA investors are paying into accounts for nephews and nieces, and 4% for godchildren.

Overall, 59% of those with JISA accounts are saving/investing for two or more children.

When it comes to what those with JISA accounts want the money to be used for when the child reaches 18, 47% said to pay for university and further education, followed by 43% who said to help buy a property.

Just 42% said they hoped all, or part of the money would stay invested.

Adrian Lowcock, head of personal investing at Willis Owen, said: “There are over 900,000 JISAs in the UK  and it’s very encouraging to see that so many are opened before a child’s fifth birthday.

“However, given the money in these accounts cannot be accessed until the child reaches 18, most of those saving into JISAs need to take a long-term view.

“Despite this, the majority of JISA money is in cash accounts as opposed to investments such as shares or funds.

“Furthermore, when asked about the risk profile of their JISAs, 39% describe them as ‘very low’ /’low risk’, and just 18% as ‘quite adventurous’/’adventurous’.”

More in this category: « FSCS declares 6 financial firms in default Sesame launches apprenticeship drive to recruit ‘next generation’ »
back to top