Register for Financial Planning Today website for FREE to view more stories and get our daily newsletters. Click on 2 stories to see Registration pop up.
Friday, 01 March 2019 09:23 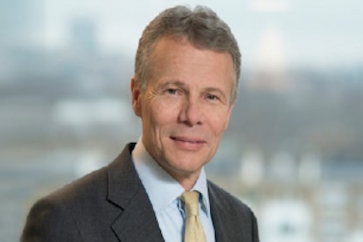 The asset manager said 2018 had been a tough year for asset managers but on the positive side Jupiter had seen strong investment performance with 77% of its mutual fund assets above median over three years.

Mr Slendebroek, who is handing over the reins to ex-Janus Henderson Investors CEO Andrew Formica, said despite the disappointing figures he was leaving the group in “good health” with strong fund performance and a diversification strategy in place.

Mr Slendebroek blamed much of the disappointing company performance on substantial outflows in fixed income strategies but said gross sales remained strong and there was client demand for active funds.

Mr Slendebroek said: “2018 was not an easy year for Jupiter as we faced outflows from a key strategy and declining market valuations. As a consequence, assets under management went down from their record high, ending the year at £42.7bn. This was put into particularly sharp relief having experienced such a strong 2017 as a business.

“With market volatility continuing during the year, it was encouraging to see that our strategy of diversification underpinned solid business performance for the period.

“Most pleasing is that we delivered strong fund performance for our clients during the year with 77% of our mutual fund assets under management outperforming the median over three years. As reported throughout the year we saw net outflows, primarily in our fixed income strategy which impacted closing AUM.”

He added, however: “As I prepare to hand over the reins to my successor, I would like to say it has been a privilege to work at Jupiter alongside so many talented colleagues. I leave Jupiter in good health and I wish my successor, our shareholders, clients and colleagues every success for the future.”

He said it had been a tough year for asset managers in general who faced a “challenging environment” as market sentiment towards the sector experienced a significant shift. The prospect of rising long-term interest rates and the uncertainty of the impact of Brexit were also drag factors, he said.

He explained that in the five years to 2017, the Jupiter Dynamic Bond Fund contributed net inflows of £8.7bn, but 2018 saw a reversal.

In the last 12 months the manager has launched six new funds which added to alternatives and multi-asset capability.

The company also opened a new office in The Netherlands and made a senior hire to develop its presence in the Latin American and US offshore markets. It also appointed an adviser to expand footprint in the Middle East and Africa.