Register for Financial Planning Today website for FREE to view more stories and get our daily newsletters. Click on 2 stories to see Registration pop up.
Friday, 10 May 2019 07:45 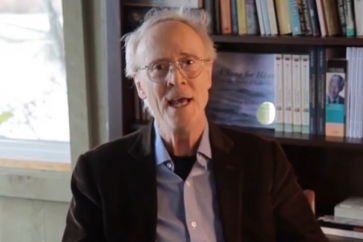 George Kinder in a scene from the video

Life planning guru George Kinder has released a video in which he claims a utopian “paradise on Earth” can be created.

Mr kind is currently promoting his new ‘A Golden Civilization & the Map of Mindfulness’ book and movement.

In a recently posted YouTube video Mr Kinder stated: “We have an opportunity in this generation to completely reframe civilisation so it is almost a paradise on Earth, a utopia.

“All of these things are possible if we simply gather together as a society, as a democracy, and say this is what we want, these things can be done.”

Speaking earlier about his concept he said that thousands of community conversations are planned worldwide throughout this year, with hosts from a wide variety of disciplines including professional facilitators, university professors, Financial Planners and student leaders.

In the series of facilitated conversations, groups are challenged to imagine 1,000 generations in the future where there is a ‘Golden Civilization’.

Through discussion, listening and collaboration, a cumulative vision for the future begins to form among conversation attendees, he claims.

Groups discuss action steps and make commitments to live into the vision as they leave the meeting.

In an exclusive column for Financial Planning Today last month, Mr Kinder wrote: “Life planning has shaken the financial services industry because it puts the client first, not their money and not products.

“It does this by asking the client what they really want, not as part of a client questionnaire or data gatherer, but in the context of a profoundly trustworthy relationship dedicated to the client and their freedom.

“We do this by listening, within a personal conversation that clients often call one of the most meaningful of their lives.”

More in this category: « James Hay and Saunderson House boost assets 20% of IFA's investors looking to move UK assets abroad »
back to top