Register for Financial Planning Today website for FREE to view more stories and get our daily newsletters. Click on 2 stories to see Registration pop up.
Monday, 13 May 2019 09:28 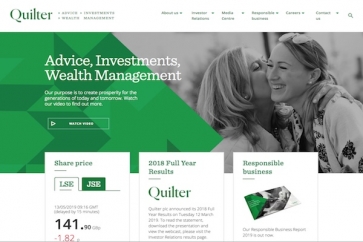 “A similar problem continues to exist when it comes to money.

“Money matters remain off limits in conversation for many people who often do not have the kind of support networks around them to deal with these challenges. Instead, when faced with problems linked to money, like debt worries or other financial problems, we tend to try to deal with it alone rather than seeking help and advice.

“It is often said that money alone does cannot give you happiness, and that is certainly true.

“But money can definitely be a source of unhappiness and potentially contribute to mental health challenges for those that find themselves in financial difficulty.”

Ms Goodland cited figures from the Money and Mental Policy Institute, which showed that nearly half (46%) of people in problem debt also have a mental health issue and 86% said that their financial situation had made their mental health problems worse.

She said giving people the chance to talk about financial issues was “can often be the first step to resolving a problem” and pointed to Government-backed services like The Money Advice Service and The Pensions Advisory Service as places to go for help.

“Advances in medicine, diet and lifestyle have dramatically enhanced our physical health and life expectancy, but a by-product is that many people now experience age-related mental illness in later life.

“There are lots of challenges to think about when dealing with mental health in later life, and financial matters can understandably feel like a low-priority.

“But it is a reality that some people may become incapacitated to the extent that they are unable to make informed financial decisions for themselves.

“The number of people now appointing a power of attorney – someone authorised to make financial decisions on their behalf if they become mentally incapacitated – has increased dramatically in recent years.

“It is a really valuable safety net to have in place as it provides reassurance that a trusted individual is going to be in a position to take control of your financial affairs if required.

“That means they’ll be able to manage your money to ensure that your finances are still taken care of.

“It also acts as a protection against the risk of being targeted by scammers during a vulnerable period in your life.

“Unscrupulous people may target older people, particularly those with mental health challenges, and seek to exploit them.

“If your finances are overseen by someone else that provides a layer of protection.

“Sadly, there have been reports of individuals targeting vulnerable older people and fraudulently appointing themselves power of attorney.

“This is a crime and the instances are few and far between but have happened.

“Unfortunately, it is extremely difficult to detect and the Office for the Public Guardian is trying to raise awareness of the issue among the police and other authorities.

“The best way to mitigate this risk is simply to appoint someone you trust as your own power of attorney sooner rather than later.

“Their responsibilities will only kick-in if you become mentally incapable yourself, so this is not about signing over control to someone else now.

“Instead, it is a case of giving yourself a safety net in place if your mental health deteriorates.”