Register for Financial Planning Today website for FREE to view more stories and get our daily newsletters. Click on 2 stories to see Registration pop up.
Wednesday, 19 June 2019 10:12 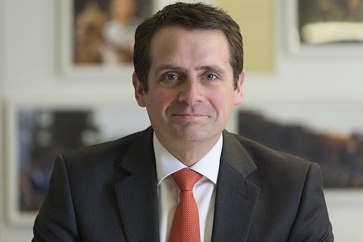 As announced previously Phil Loney, current group chief executive of the mutual, will stand down from the end of this month to pursue charity interests but continue to work with the company until the end of the year. Royal London chairman Kevin Parry will take on some of the CEO’s executive responsibilities during the transition period before Mr O’Dwyer joins Royal London.

In March 2017, he became chief executive of Pensions & Savings and joined the Standard Life board. He later became head of Standard Life Aberdeen’s UK business covering pensions and savings, platforms and asset management.

Kevin Parry, chairman of Royal London said: “After a rigorous selection process, the board is pleased that Barry O’Dwyer has been appointed group chief executive.  His vision for our industry coupled with extensive experience of retail and wholesale pension and savings products will allow him to build on Royal London’s existing market position.

“Phil Loney has led seven years of major change in our business reflecting the introduction of pension freedoms and workplace pensions.  The board thanks him for his unstinting commitment to the development of Royal London and wishes him well for the next stage of his career focusing on his charitable interests.”

Mr O’Dwyer said: “I am delighted to be joining Royal London to build on the fantastic work of the last few years.  The business has capitalised on some of the big trends in our market through a winning combination of great service to intermediaries and excellent value for customers and members.  I hope to build on these cornerstones of success and ensure that Royal London builds on its mutual status, remaining synonymous with great service and value.”

Mr Loney said: “It has been a privilege to be the chief executive of the largest mutual insurance group.  I shall miss the people that have contributed so much to our development over the term of my tenure and wish my successor and colleagues all the best for the future.”

Royal London has funds under management of £114bn and 8.8 million policies in force with 3,893 employees.