Register for Financial Planning Today website for FREE to view more stories and get our daily newsletters. Click on 2 stories to see Registration pop up.
Wednesday, 07 August 2019 16:27 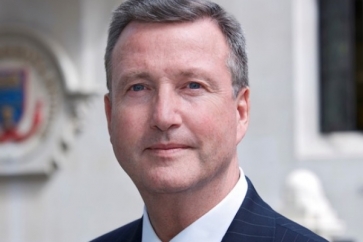 The PFS has called for a “wider united campaign to protect the public from the scourge of scammers.”

The professional body encouraged the Government to “step up to the issue and do more to spearhead the drive rather than leaving it to the UK’s compliance departments”.

The response came after the joint TPR/FCA ScamSmart campaign was relaunched yesterday with a warning that up to five million pension savers were at risk of scammers.

PFS chief executive, Keith Richards, said: “Whilst technology brings many positives and is increasingly seen as the answer to the advice-gap by increasing access, it has also made it easier for scammers to engage and lure the unsuspecting or inexperienced into parting with their hard earned cash, with even experienced investors falling victim.

“They are masters of disguise, holding themselves out as trustworthy professionals, making it appear to be easier to deal with them, given the obvious absence of any regulatory rules or compliance.”

He added: “With the introduction of pension freedoms, an ageing population and low interest rates, it is logical that more people than ever before are keen to access better returns or engage expert Financial Planning advice.

“The impact is far reaching and sadly the reputation of the genuine advice professional is also being impacted as consumers don’t know how to differentiate between legitimate and fake practitioners.

“The regulators and government need to do more in both proactive policing as well as sign-posting the public to the right place and help them to differentiate between regulated and unregulated activities, suggesting that new legislation might also need to be introduced.

“But we all need to play our part in ridding society of the bad practitioners; those who have no regard for the devastation and heartache they cause others.

“It is in the interests of everyone – the public, Financial Planners, politicians, and law enforcement – to call out the imposters and bad actors who are shamelessly impacting people’s lives whilst tarnishing the reputation of the regulated sector at the same time.

“In condemning in the strongest terms these unethical and illegal practices, the Personal Finance Society stands hand in hand with the public, and an overwhelming majority of professionals in our sector.

In response to this, the PFS have pioneered a campaign called ‘ScamSmart – A Profession United Against Scams’  which is a 15 minute monthly commitment to search out the scammers.”

Kate Smith, head of pensions at Aegon, also commented on the ScamSmart campaign.

She said: “This is a fresh warning that no one is immune from scammers.

“There’s no point dismissing this as an issue that only happens to other people, being duped by pension scammers can happen to anyone.

“Fraudsters are chameleon like, resorting to whatever tactics gets them the results they want and they’re particularly good at playing with people’s emotions to trick them into parting with their hard earned cash.

“The number of scams that have been prevented is a drop in the ocean to the potential five million at risk of being scammed.

“Much more still needs to be done to get the message out there.”

More in this category: « IFA becomes one of youngest Chartered Financial Planners Retiree wins £132,800 in unpaid state pension   »
back to top