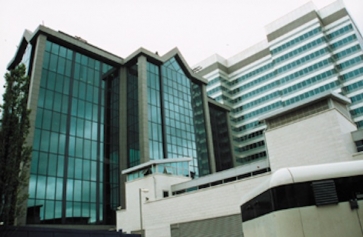 The Financial Ombudsman Service received more than 200 complaints against large financial advisory firms in the first half of the year.

Despite the number most advisory firms saw a reduction in the number of complaints and the amount was a small percentage of the total 161,390 complaints received by the FOS in the first half, equivalent to 6,000 a week.

Sesame was among the most complained about firms of financial advisers. It had 80 complaints filed against it, a drop of 15 on the previous period. Some 13 complaints were about investments and 25 about life, pensions and decumulation. The rest were about others financial areas including mortages.

Wealth manager St James’s Place saw 75 new complaints receive by the FOS, up 6 on the previous period. Just under half the complaints were about investments with the rest in areas such as mortgages and home finance.

Hargreaves Lansdown AM had 46 complaints filed with the FOS, a fall of 17 on the previous period with 29 complaints about investments and 17 about life, pensions and decumulation.

The six month data period on individual company complaints was published today by the FOS. The period finished in June so will not have covered the scramble to make PPI complaints by the August FCA deadline for PPI complaints.

The Financial Ombudsman Service said overall it upheld 29% of complaints in the first half. Excluding PPI, the average uphold rate was 39%.

In terms of complaints about investments, Barclays topped the table with 147, followed by Santander with 137, Aviva with 124, HSBC with 103 and Aegon with 102.

Complaints about Claims Management Companies so far have been low but the FOS pointed out that it had only been given responsibility to handle complaints about CMCs since 1 April, half way through its reporting period.

The FOS publishes complaints data about individual businesses where it has received at least 30 news cases and resolved at least 30 cases during the reporting period. No CMC met this threshold during the first half.