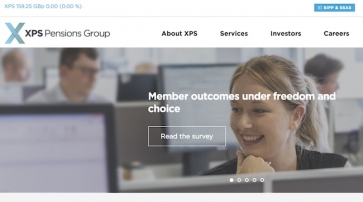 Transfer valued endured a volatile September, according to the latest data from XPS Pensions Group.

Defined benefit (DB) transfer values varied significantly during last month, while the number of members requesting a transfer value remained low, according to XPS Transfer Watch, which monitors how market developments have affected transfer values for an example member, as well as how many members are choosing to take a transfer value.

The movements were primarily driven by fluctuations in gilt yields over the month, the firm says.

XPS Pensions Group’s Transfer Activity Index recorded a further fall in the number of transfers completed in September, to an annual equivalent of 0.80% of eligible members, down from 0.86% in August.

This was broadly in line with the rates seen in recent months, but “significantly” down on the rate of 1.3% observed this time last year.

In the markets, XPS Pensions Group says it has seen the average age of members taking transfer values from schemes it administers increase from age 52 to 57 over the past three years.

The rise was likely to be a result of recent changes to guidance from the FCA which makes it more difficult for financial advisers to recommend a pension transfer to members below the UK minimum retirement age of 55.

“This has resulted in significant volatility in the Transfer Value Index, with a 5% swing being seen during the month.

“Despite the recent increases in transfer values being quoted, transfer activity remains close to the lowest levels that we have witnessed in recent years.

“The increase in the average age of DB transferees reveals that transfers are most attractive to members approaching the point of retirement.

“It is important that trustees and sponsors consider this when setting transfer values, designing communications and helping members to find an appropriate financial adviser.”