State Pension set to rise by inflation-busting 4% in April 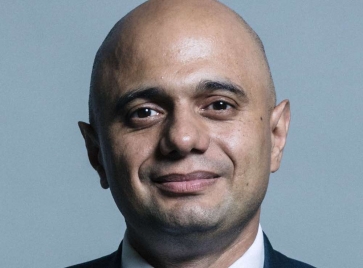 The triple pensions lock and rising average earnings mean that the State Pension will rise by around 4% in April - an increase of about £350 a year.

Industry experts say the rise means that the Chancellor may find funding the increase a potential challenge and pressure will grow to review the triple lock.

The news comes as CPI inflation rose by 1.7% in September, the same as the previous month, according to ONS figures. Falling petrol prices helped avoid an increase to 1.8%. Average earnings in the latest three month period grew by 3.8% as the earnings recovery continued.

The September inflation figures are key as they govern a number of state benefits reviewed annually.

The 4% increase is due to the 3.8% average earnings rise for the three months to July being higher than either inflation or 2.5%, the two other triple lock benchmarks.

The triple lock on pensions, a mechanism which governs the annual increase in pensions, means the new State Pension is set to increase by a minimum of £6.75 to £175.35 a week from April 2020, equivalent to £351 a year, according to figures calculated by Canada Life.

Andrew Tully, technical director at Canada Life,  said: “The increase to state pensions will be a very welcome above-inflation boost for the many retirees who are looking to balance household budgets. This is the third highest increase in the new state pension since the triple lock guarantee was introduced and the third time the state pension has been increased by wage growth.

“This increase does cast a spotlight on the long-term sustainability of the triple lock although government has committed to it in this parliament or until 2022, whichever comes sooner.”

AJ Bell calculates the State Pension will rise by a slightly lower 3.9% in April and says the “bumper increase” comes after September’s CPI inflation figure was confirmed at 1.7%.

Tom Selby, senior analyst at AJ Bell, said: “Retirees will enjoy a near 4% increase in their state pension payouts next year, more than double the rise in average prices during September and thus a real boost to people’s incomes.

“Such a bumper increase clearly comes at a cost to the Exchequer, and with a general election seemingly inevitable the commitment of politicians to this policy is likely to be tested.”

More in this category: « PIMFA 2019: Auto-enrolment could be expanded, summit hears FCA wants better disclosure on climate change issues »
back to top