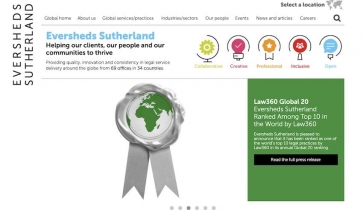 In the first three and a half years since the Pension Freedoms were introduced in 2015 more than 230,000 members of Defined Benefit schemes have received guidance from a financial adviser.

Pension lawyers Eversheds Sutherland and Royal London have today published a report on the risks trustees and advisers face after analysing FCA data to define the size of the market.

According to the FCA, between April 2015, when the Pension Freedoms were introduced, and September 2018, more than 230,000 members of Defined Benefit pension plans received advice on whether to transfer their benefits.

The two companies say that given the scale of transfers pension plan trustees face “a dilemma” over how much they should do to ensure that members get the right advice on whether or not to transfer.

They says there is “nervousness” about getting involved at all in case liability falls back on the trustees if things go wrong.

But they are also worried about a repeat of the scandal around advice to members of the British Steel Pension Scheme and recent Pensions Ombudsman determinations requiring trustees to check where members are transferring to.

The new analysis features in the “Should I Stay or Should I Go?” report jointly published today and seeks to provide guidance to trustees “wrestling” with this issue.

The report sets out a ‘roadmap’ for trustees ranging from minimal involvement, such as signposting members to third party guidance websites or adviser directories, to a ‘gold standard’ of appointing nominated IFAs for members to use if they wish and ensuring ongoing supervision of the performance of those IFAs.

Francois Barker, partner and head of pensions at Eversheds Sutherland said: “When it comes to trustees and pension transfers, there is no ‘risk-free’ response.  The British Steel case demonstrates the reputational damage which can be done when members are left to find their own sources of advice.

“Trustees who engage with the issue in a properly governed way may well be less exposed than those who do nothing at all.”

Steve Webb, director of Policy at Royal London said: “Despite all of the controversy around this issue, it remains the case that transferring out of a Defined Benefit pension will be the right answer for some people in some circumstances. There is much to be said for trustees helping members to access high quality, affordable financial advice to help them to decide if such a transfer is right for them.”

More in this category: « Kames Capital brand to be scrapped in 2020 546 firms report MiFID II errors to FCA »
back to top