Register for Financial Planning Today website for FREE to view more stories and get our daily newsletters. Click on 2 stories to see Registration pop up.
Thursday, 05 December 2019 10:47 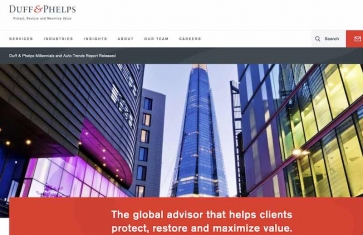 A total of 546 firms have admitted to errors in their MiFID II transaction reporting to the FCA since the new requirements began just under two years ago, according to a study out today.

The data was released under a Freedom of Information request made by consultancy firm Duff & Phelps.

Duff & Phelps says that of the 3,724 UK investment firms which must report transactions under MiFID II to the FCA, around 15% have notified the FCA of errors or omissions in their transaction reports.

An additional 223 additional firms have been proactively contacted by the FCA regarding potential reporting errors.

The EU’s Markets in Financial Instruments Directive (MiFID) sets out requirements for investment intermediaries in terms of the information they must give to clients and how they should monitor and report client portfolio changes. It aims to improve protection for clients.

Duff & Phelps says the FCA data suggests around a fifth of all investment firms have been in communication with the FCA about errors in their reporting under the new MiFID II regime, which began on 3 January 2018.

The UK regulator has held visits, meetings or conference calls with 74 firms to discuss the quality of their transaction reporting.

Despite many firms struggling to comply, the FCA has not yet opened any transaction reporting enforcement investigations.

Duff & Phelps notes that the FCA imposed over £90m of fines on 14 different firms in relation to reporting under the previous MiFID I regime, which came into effect in November 2007.

Nick Bayley, managing director in Duff & Phelps’ Compliance and Regulatory Consulting practice, said: “We believe the proportion of firms that are getting their transaction reporting wrong is actually far higher than the 20% or so that have been in contact with the FCA.

“MiFID II is the broadest and most complex piece of regulation to affect the European capital markets. It is understandable that the regulator has taken quite a pragmatic approach to firms’ compliance and has allowed them the opportunity to remediate errors and improve their reporting.

“However, the honeymoon period of education and encouragement of firms in relation to transaction reporting will not last forever. The FCA has told us that it will take a much stricter approach where firms have made no meaningful effort to comply with their obligations or failed to act on the FCA’s observations.”

According to Duff & Phelps only 682 firms (18%) have requested a data extract from the FCA’s Market Data Processor (MDP) system against which to check the accuracy of their reporting.