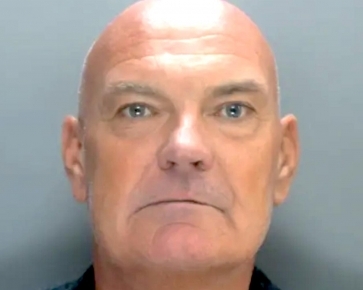 The FCA has banned a rogue financial adviser who cheated dozens of victims, many of them vulnerable, and is now serving an eight year sentence in prison.

He was jailed at Liverpool Crown Court in December 2018 and was banned indefinitely by the FCA yesterday. He did not appeal the FCA ban.

The court heard he enjoyed a millionaire lifestyle, blowing £180,000 on two escorts and enjoying holidays in New York and the Maldives. At one point he left the UK for Russia where he spent money on escorts, prostitutes and gambling. He was arrested when he flew back to Manchester.

His crimes have had a devastating impact on his 24 victims, some of them retired. He cheated family, friends and local elderly people out of their life savings. He took £600,000 from one victim alone and some have had to return to work.

His activities were uncovered when Merseyside Police received reports from Action Fraud about Mr Bartlett and a fraud investigation was launched.

The offences were committed while he was an approved financial adviser from April 2012 to May 2018, persuading people to invest their life savings in many cases. However, it later emerged that he had created a separate sole trader account with the same name as the company he worked for and paid himself money from the account.

He also took advantage of being Power of Attorney to defraud a vulnerable elderly victim.

He pleaded guilty to 14 counts of fraud and asked for 14 further fraud offences to be taken into consideration.

He was described in court as “morally devoid.”

One of Bartlett’s victims said in court: “I cannot forgive him for what he has done. He calculated what he was doing and groomed us.

“He has taken £450,000 from myself, my partner, my parents and my other best friend. We have all worked hard all our lives to accumulate that money and it was our future security.”

“He encouraged you to persuade your friends and family to invest with him, enticing you with promises of commission. He has no conscience, he is morally devoid.”