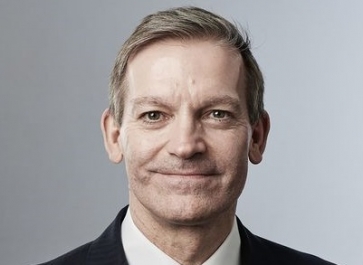 In its half year results, Quilter has doubled the funds it has put aside for redress for DB pension transfers that were undertaken by Lighthouse prior to its acquisition by the wealth manager and financial planner.

The FCA launched a probe into DB transfer advice given by advisers at Lighthouse Group in June following the news of a DB transfer contingent charging ban by the regulator. The probe is in relation to historic advice provided by Lighthouse Advisory Services Limited to customers wanting to transfer out of the British Steel defined benefit pension scheme.

Lighthouse was bought by Quilter in June 2019.

As part of the half year results Quilter also revealed that they put planned staff reductions on hold due to the pandemic.

Paul Feeney, CEO at Quilter, said: “Certain staff reductions within the organisation which were planned as part of our optimisation plans in the second quarter were deferred. We did not think it appropriate to have those conversations with impacted staff during a period of peak pandemic and economic uncertainty and while the UK government were implementing significant schemes to avoid increasing short-term redundancies. It was right to raise our focus beyond the short-term and offer temporary support.”

The group also said that its UK replatforming programme is on track, but has added an additional estimated £15m to the cost. So far £4.3bn of assets under administration have migrated with the platform business being on track to migrate c.75% of the total platform assets by the end of the year.

Mr Feeney said: “In response to revenue challenges in the first half of 2020, we pulled hard on the cost lever, both through structural cost reduction via our Optimisation programme and tactically with a planned reduction in discretionary expenditure of around £30 million this year. Our cautious outlook with broadly stable market conditions for the remainder of the year means we continue to expect revenue headwinds. As a consequence, we will maintain a firm handle on expenses with a modestly lower second half out-turn for costs anticipated to offset the expected impact from revenue headwinds.

“We are pleased to see the significant pick-up in net flows across the business in the first half, with gross flows remaining resilient despite the market turmoil and retention rates improving. This gives us confidence that we can deliver improving flows as the platform migration project completes. That project is now in its final stages with c.80% of total UK platform assets expected to be migrated this year despite us adapting our plans to meet the logistical challenges presented by COVID-19. Our priority is to ensure adviser readiness to deliver a smooth and safe migration for all our customers and advisers.”

More in this category: « SIPP introducers to pay over £10.7m compensation President proof your investments warns deVere »
back to top