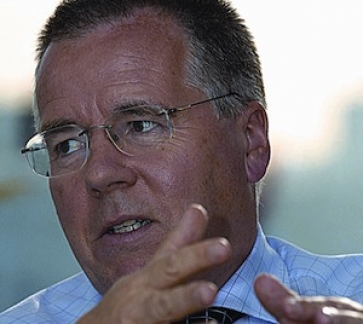 Industry veteran John Moret is celebrating 50 years of working in the pensions and SIPP sector.

In a career spanning half a century he says personal highlights have included:

Mr Moret retired from SIPP firm Suffolk Life (now part of Curtis Banks) a number of years ago but remains a director of both Sipp firms and customer experience consultancy Investor in Customers.

He said the biggest changes he had seen over the 50 years were the demise of the life companies and the rise of platforms.

Other big changes have included the impact of technology, the move from DB to DC, increased longevity for pensioners and the growth of fee-based advice and holistic Financial Planning.

The biggest shocks, he said, included George Osborne’s announcement of the Pension Freedoms, Gordon Brown’s “smash and grab” raid on pension schemes in 1997, the demise of Equitable Life and the Maxwell pensions scandal.

He said he was personally disappointed to see the growth in pensions scams and frauds and the consequent reputational damage caused, particularly to the SIPP market “most of which could have been prevented by a pro-active regulator willing to properly engage with the industry.”

John Moret said: “As I finally start to wind down my two remaining ambitions are to try and facilitate a sensible new regulatory regime for Sipps and to make more businesses aware of the benefits that customer experience insight can bring.

“Other than that I hope to win my bet with a good friend that I’ll still be playing competitive tennis when I’m 90!”

More in this category: « CISI and CII set to share HQ in London Profits fall by 17% at STM but revenue grows »
back to top