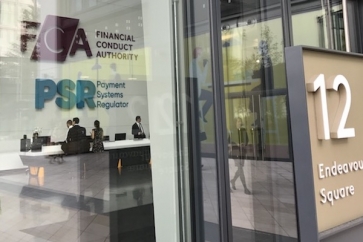 The number of pensions being fully withdrawn has risen 5.1% in 2019/20 but the number of people taking regulated advice when entering drawdown has fallen by 10% in the first half of the year, according to the FCA’s Retirement Income Market data bulletin.

The latest data from the regulator showed 63% of pension pots entered drawdown with regulated advice being taken, with 27% of plans entering drawdown with no advice or guidance.

He said: “Of those who are using their pension funds for income, 42% were taking more than 8% a year from the fund which is an increase on the 40% recorded in the previous period. Most experts agree that level of withdrawal is highly likely to end up exhausting the fund early in people’s remaining lifetimes.

“These are not people whose funds are so big they don’t need to worry. In fact, the larger the fund, the more cautious the withdrawal rate. More than half (51%) of those with £30k-£100k pension funds are taking more than 8% compared to 28% of those with funds valued at more than £100k.

“Today’s figures show more pension funds are being accessed, a higher proportion are being fully encashed and those who are taking income are taking higher amounts. Of those pots going into the relative complexity of drawdown, 27% were moved without advice or guidance which is higher than the 25% previously.

“We are more than five years into the pension ‘freedom and choice’ experiment and while giving people aged 55+ easy access to cash is undoubtedly popular, that doesn’t mean they are going to have more financially secure retirements.”

More in this category: « Investment chief leaves platform after 14 years at Parmenion Government rejects call for pension tax relief review »
back to top