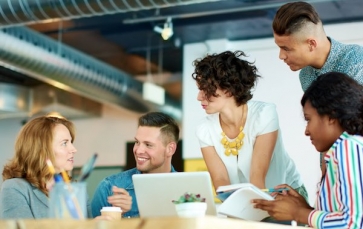 The average woman in her 20s would have to work 37 extra years to retire on the same pension as a man of the same age and the Coronavirus pandemic has made the situation worse, according to new research.

Young female savers are set to have £100,000 less in retirement income overall than their male counterparts when they retire, according to the data from Scottish Widows.

Young women were already on the wrong side of the gender pensions gap but this gap has only widened as a result of the Coronavirus pandemic, according to the report.

More than a third (36%) of women under the age of 25 work in the sectors hit hardest by the pandemic such as hospitality and retail and almost half (49%) have been furloughed.

The pensions provider said lower average earnings, part-time work and taking time out of paid employment to care for family is setting women’s pension savings back by almost four decades.

A lack of engagement among young female savers is also contributing to lower savings levels, according to the report from the pension provider.

More than one in five (21%) women under 25 said they have not started thinking about retirement. Just 46% of women in their 20s said they were saving the recommended minimum of 12% of their income, compared to 56% of men.

Jackie Leiper, managing director, pensions, stockbroking and distribution at Scottish Widows, said: “Women were already facing systemic challenges when saving for retirement. We know that young women have been some of the hardest hit by the short-term financial impact of the pandemic and this has only exacerbated the challenge of reaching pensions parity.

"At the same time, caring responsibilities and high childcare costs are keeping women out of the workforce, lowering their contributions and denting their pension pots.”

More in this category: « Pandemic fuels money fears for older women  40% of Britons have 3 or more pension pots »
back to top