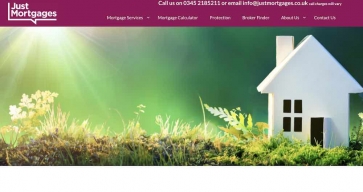 Just Wealth is the financial advisory arm of Just Morgages

The firm aims to grow to 28 advisers before the end of the year.

Just Mortgages is part of the Openwork network.

The firm's new wealth advisers are self-employed and have the autonomy to run their own businesses. They have access to business development support, supervision and compliance and Just Mortgages’ 40,000-strong client database.

The firm is part of the Spicerhaart estate agency chain.

Mr Magee said since the launch at the start of the year there have been a large number of referrals from the Just Mortgages brokers looking to refer clients in need of wider financial advice.

So far the firm has received over 100 financial adviser applications with 47 of those making it through to interview. Mr Magee said the applicants he spoke to were a mix of those who were already self-employed and those “looking for more freedom and an escape from the employed environment.”

Just Mortgages is one of the largest mortgage brokerages in the UK with almost 500 mortgage advisers working on either an employed or self-employed basis.

Jonathan Williams, one of the new advisers, said what attracted him to the role was the opportunity to create a successful business of his own by building and expanding on existing client relationships already established by the Just Mortgages team.

More in this category: « Aviva Investors to close £400m property fund Unadvised annuity customers losing out »
back to top