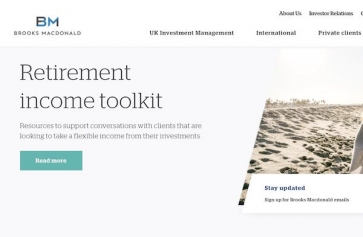 Wealth manager and Financial Planner Brooks Macdonald has boosted its South West presence by opening a new office in Cheltenham and relocating its Taunton office to Exeter.

The firm, which has £15.6bn in funds under management, opened the new Cheltenham office today.

The office is the 13th in Brooks Macdonald network across the UK and Channel Islands.

The office will be headed by Austen Speakman who joined Brooks Macdonald in 2009 and is responsible for managing bespoke discretionary portfolios for a range of clients.

The opening coincides with the relocation of the Taunton office to Exeter. The office is based in the heart of Exeter in the Cast Quarter and will be led by John Sadgrove.

The company says the opening of the two new offices in the South West region forms the next step in Brooks Macdonald’s strategy to boost its regional presence.

Andrew Lewis, head of Wales and South West at Brooks Macdonald, said: “The South West is a key hub for financial services and the opening of these new offices will allow us to better serve advisers and clients across the region. We have long believed in the importance of a local presence and we are confident that the teams will continue to grow and build on the successes of the past years.”