Register for Financial Planning Today website to get our daily newsletters. Click on 2 stories to see the Registration pop up.
Tuesday, 12 October 2021 09:10 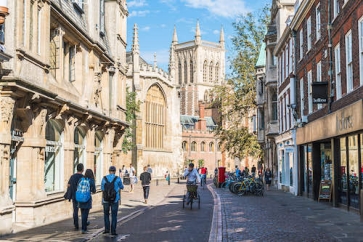 Cambridge, Edinburgh and London have been named the top three cities for retirees but people retiring in these cities face substantial pension shortfalls and high property prices.

The three cities are among the top 10 in the UK named in a new survey.

Retirees in the top cities enjoy a good quality of life and long life expectancy - 82.57 years in the case of Cambridge and 80.44 years for Edinburgh.

Retirees in the top 10 cities also suffer from substantial expected pension shortfalls ranging from just over £10,000 in Belfast to nearly £28,000 in Sheffield and Leeds.

The figures were compiled into a Retirement Index by IFA directory service Local Financial Advice using data from a number of statistical services, including the Equity Release Council, and data from its own database.

The company says based on its range of criteria, Cambridge is the UK’s best place for retirement in 2021.

Newcastle, Leeds and Bristol are also in the top 10 places in the UK for retirement.

A number of 'quality of life' indices were analysed and averaged to produce a total index score for the rankings. All the cities have relatively high life expectancy but most also have high costs of living.

Top 10 best places for retirement in the UK

Local Financial Advice says Cambridge scored consistently well in the research and came out on tops for life expectancy and crime rates.

• The full report is at: https://www.localfinancialadvice.co.uk/blog/the-best-uk-cities-for-retirement-local-financial-advice

More in this category: « FCA to keep closer eye on remote and hybrid working Older workers feeling effects of pandemic »
back to top