Register for Financial Planning Today website for FREE to view more stories and get our daily newsletters. Click on 2 stories to see Registration pop up.
Tuesday, 25 January 2022 09:39 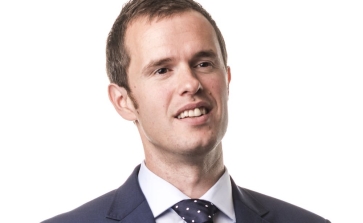 Pension transfer activity dropped to its lowest level in four years in December.

An annualised rate of 50 members out of every 10,000 transferred their pensions in December.

This represents the lowest rate for the XPS Pension Group’s Transfer Activity Index since it started tracking activity in July 2018.

Transfer values had hit a record high of £270,000 at the end of the November.

The decrease in transfer values was driven by a rebound in gilt yields over the course of December.

The Scam Flag Index remained below 50% for the fourth month in a row, with 41% of transfers showing at least one warning sign indicative of a potential scam or poor member outcomes.

This compares with a 76% peak in the scam index this time last year.

Mark Barlow, head of member options at XPS Pensions Group, said: “We often see a slump in transfer activity over the festive period, but this is the lowest rate of transfers we have seen since we started the index in 2018.

“Although it’s unlikely to be affecting activity significantly yet, it’s interesting that this fall comes immediately after the introduction of the new transfer regulations, which provided trustees with the power to block transfers.

XPS Pensions Group’s Transfer Value Index shows the estimated cash transfer value of a 64-year-old member with a pension of £10,000 a year with typical inflation increases. The value changes over time with market movements. Mortality assumptions are reviewed periodically.

XPS Pensions Group’s Transfer Activity Index, represent the annualised proportion of members that transfer out of pension schemes administered by XPS. If replicated across all private sector, funded, UK, DB schemes this indicates that approximately 50,000 DB members leave their schemes each year

More in this category: « Regulation biggest challenge for Planners – PFS Challenger bank Monzo to launch wealth business »
back to top