Register for Financial Planning Today website for FREE to view more stories and get our daily newsletters. Click on 2 stories to see Registration pop up.
Tuesday, 25 January 2022 11:10 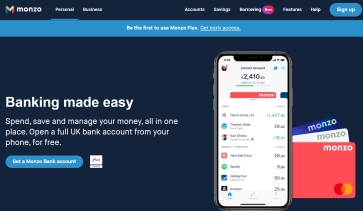 Challenger bank Monzo is to launch an investments and wealth business.

It wants to, “redefine the way that people interact with investing and wealth.”

The London-based digital bank has started recruiting for a general manager of investments to build its new business as it looks to break into the wealth space.

The ideal candidate, according to the job advert, will have been involved in leading the build of an investments or wealth platform from the ground up.

The general manager will be part of the Monzo executive leadership team.

It is not yet known what the Monzo wealth business will be called.

Monzo is one of several household names looking to enter the digital wealth space.

The launch forms part of John Lewis’ plans for 40% of its profits to come from outside retail by 2030. The firm has committed £100m over the next five years to quadruple its financial services business.

Other challenger banks have also been spreading their fingers into additional pies in recent months.

Digital challenger bank Revolut launched its first stock trading service in July 2019, which was soon followed by a cryptocurrency offering.