Register for Financial Planning Today website for FREE to view more stories and get our daily newsletters. Click on 2 stories to see Registration pop up.
Tuesday, 08 February 2022 10:25

Annuity rates could rise by up to 14% 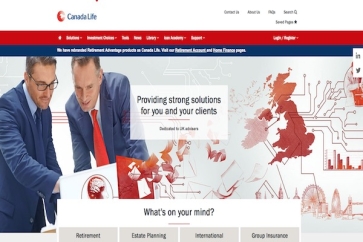 Annuity rates could rise by 14% if the Bank of England continues to raise the base rate.

For annuity rates to hit 14% the Bank would need to raise the base rate to 1.5%, according to Canada Life.

Annuity rates have already risen on average 5.4% in January, in response to the base rate rise in December.

He said: “We have already responded to the base rate rise by increasing our annuity rates twice in January. We are carefully monitoring yields and will move when we are able to pass on any improvement to our customers.

“We’ve seen more quote activity in January than in previous years, and this could be down to pent up demand as people have postponed retirement due to the pandemic,  working from home and the furlough scheme.”

Last month, national Financial Planning group Continuum predicted that annuities may see a return to favour as advisers try to cope with the impact of soaring inflation on their clients.

Annuities have declined significantly in popularity in recent years as clients have moved towards income drawdown products following the Pension Freedoms.

Figures from the FCA’s 2020/21 FCA retirement income data published in December revealed that the number of annuities purchased fell by 13% during the year.

More in this category: « FSCS declares 12 firms in default Government holds AE earnings trigger at £10,000 »
back to top