Register for Financial Planning Today website for FREE to view more stories and get our daily newsletters. Click on 2 stories to see Registration pop up.
Wednesday, 23 February 2022 08:55 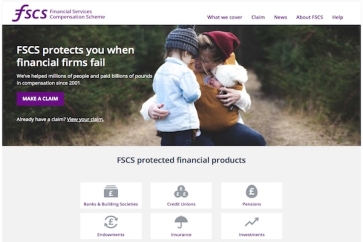 The Strathkelvin Credit Union Limited in the Glasgow are has been declared in default by the Financial Services Compensation Scheme, opening the door to members to claim compensation expected to be in the region of £1.96m in total.

The FSCS says the default has been declared to protect the credit unions’s 1,820 members.

A number of credit unions have gone bust in recent years, including in January the All Flintshire Credit Union which had 2,614 members and is expected to lead to compensation of £2.25m being paid.

The FSCS says it has stepped in to protect the members of Strathkelvin Credit Union Limited, which has stopped trading and is now in default.

The compensation body aims to compensate the 1,820 members of the credit union, which is in Kirkintilloch, Glasgow, within seven days. Using the Credit Union's records, FSCS will send each member a cheque for their balance automatically.

FSCS expects the total compensation for Strathkelvin Credit Union to be around £1.96m.

Caroline Rainbird, chief executive of FSCS, said: "We want to reassure members of Strathkelvin Credit Union and let them know that their savings are safe. FSCS has now stepped in and most members will receive their money by cheque directly from us within a few days. There is no need to make a claim, these cheques will arrive automatically to help members get back on track as soon as possible."

Any questions about Strathkelvin Credit Union can be directed to the administrators, Dina Devalia, Simon Bonney and Ian Wright of Quantuma Advisory Limited. They can be contacted by telephone in the first instance on 0141 432 0360 or 0141 776 6446, or alternatively by telephone on 0141 348 7808 or e-mail at This email address is being protected from spambots. You need JavaScript enabled to view it.. Any post should be addressed to Strathkelvin Credit Union Limited c/o Quantuma Advisory Ltd, High Holborn House, 52-54 High Holborn, London WC1V 6RL.