Register for Financial Planning Today website for FREE to view more stories and get our daily newsletters. Click on 2 stories to see Registration pop up.
Wednesday, 23 February 2022 12:14 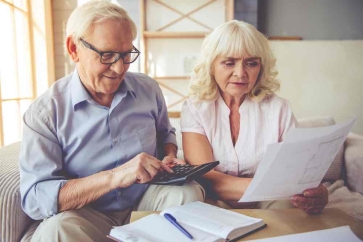 Many people are happy with a moderate retirement income

The ideal retirement income is £22,500 per annum, according to new consumer research.

The over-55s with defined contribution pensions who plan to buy an annuity say £22,500 is their ideal target retirement income.

The figures back up recent research by the trade body the PLSA (Pensions and Lifetime Savings Association) on what pension savers consider to be a decent retirement income.

The report by Canada Life found little difference between the genders, with men looking for £22,900 while women say £21,500 is ideal.

Twice as many men as women are optimistic their standard of living will improve in retirement (12% vs 6%), with more women saying they feared living standards would fall compared to men (38% of women vs 34% for men).

Some 20% of pre-retirees with pensions valued at over £200,000 think their living standards will be better in retirement compared to 8% whose pensions are valued at less than £200,000.

Nick Flynn, retirement income director, Canada Life, said: “A generation of savers planning their retirements have relatively moderate ambitions for their ideal incomes. Far from splashing the cash, the over 55s are seeking an income of around £22,500, which combines both private savings and the state pension of around £9,339 currently. This requires the pension and any other savings to generate an income of around £13,161 a year.

“At current standard annuity rates, a pension of £200,000 could deliver around £10,000 a year guaranteed for life, likely to be more for those who qualify for enhanced rates and a better income because of their health or lifestyle.”

• Data sources: Survey of 506 UK adults aged 55+ with a defined contribution pension, who are not yet taking an income and plan to buy an annuity. Fieldwork by Opinium in October 2021. Also data from https://www.retirementlivingstandards.org.uk/