Register for Financial Planning Today website for FREE to view more stories and get our daily newsletters. Click on 2 stories to see Registration pop up.
Monday, 21 March 2022 08:38 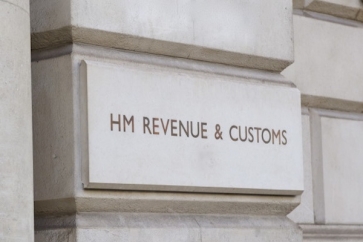 An Isle of Man-based wealth management and tax advice firm, AML Tax (UK) Limited, has been fined £150,000 for failing to provide HMRC with legally required information.

HMRC says the company - directed by Arthur Lancaster and part of Doug Barrowman’s Isle of Man based Knox Group - “aggressively” promoted tax avoidance schemes in the UK for several years.

AML Tax (UK) Limited was fined £150,000 after HMRC brought an Upper Tribunal case over the firm’s failure to comply with formal information notices as part of a tax investigation.

The company must now hand over the required records to enable HMRC to calculate the tax owed, currently estimated to be more than £3m.

HMRC counter avoidance director Mary Aiston said: “We are committed to ensuring everyone pays the tax they legally owe. We will not allow companies to simply ignore their legal duty.

“AML Tax used a series of tactics to try and frustrate HMRC’s efforts to work out the tax that was legally due, in a sustained campaign of non-compliance.

“I’m delighted their obstructive conduct has been penalised. HMRC is determined to drive promoters of tax avoidance out of business.”

The Tribunal criticised the company for its conduct and highlighted the role of company director Arthur Lancaster, a Chartered Accountant and Chartered Tax Adviser, describing him as "evasive" and displaying "a lack of candour".

In the ruling, the tribunal said: “Overall, we were left with the impression that Mr Lancaster was evasive, providing as little evidence as possible and that he did not wish to volunteer anything more than he considered necessary.

“As a result, it seems to us that the evidence Mr Lancaster gave in his witness statements and orally was confused, lacking in candour, in some respects incorrect and littered with inconsistencies.”

HMRC says it will now carefully examine AML’s financial records to assess their Corporation Tax bill for 2014 and 2015.

More in this category: « SIPP firm Heritage Pensions goes into liquidation FCA chief to face MPs over BSPS failures »
back to top