Register for Financial Planning Today website for FREE to view more stories and get our daily newsletters. Click on 2 stories to see Registration pop up.
Wednesday, 27 April 2022 08:11 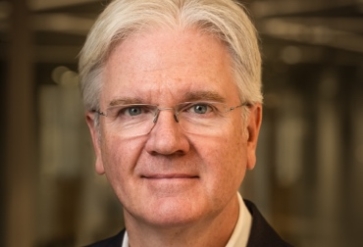 The board of fund manager M&G has launched a hunt for a new chief executive to replace long-serving John Foley who plans to retire.

Mr Foley, M&G group chief executive, recently informed the board of his intention to retire after seven years in the role.

Mr Foley received a remuneration package (including bonus) of £4.4m in 2021 with a base salary of just over £1m. It is not yet known what the salary for the new CEO will be.

M&G chairman Edward Braham will lead the search for a new CEO and in the meantime Mr Foley will continue to serve as group chief executive until a successor is appointed.

He steered the merger of M&G Investments and Prudential UK in 2017 and the subsequent demerger of the group from Prudential plc in 2019.

Mr Foley said: "It has been a privilege to serve Prudential and M&G for the past 22 years. I am exceptionally proud of what M&G has achieved since becoming an independent listed company three years ago. We have delivered our demerger commitments despite extraordinary macro challenges, and are well-placed to leverage M&G's scale and expertise to build an international leader in savings and investments.

"As our recent results demonstrated, M&G has reached an inflection point and has strong momentum in its strategic progress. It is now a good time to begin the search for a new CEO to lead M&G during the next phase of its development.

"I look forward to continuing to serve as chief executive until my successor is in place and I remain fully committed to our business delivery."

Mr Braham, chair of M&G plc, said: “On behalf of the M&G plc Board, I would like to thank John for his outstanding contribution to M&G plc and Prudential over the past 22 years, particularly since M&G became a public company.

“John has led M&G through significant change and overseen a successful demerger, while steering the Group through the unprecedented events of the pandemic. The business has performed strongly, returning £1.8 billion to shareholders since listing in October 2019. The board and I look forward to continuing to work with John as we undertake the search for his successor."

More in this category: « Record numbers turn to equity release in Q1 FCA rejects FSCS access for advised crypto investments »
back to top