Register for Financial Planning Today website for FREE to view more stories and get our daily newsletters. Click on 2 stories to see Registration pop up.
Thursday, 05 May 2022 08:20 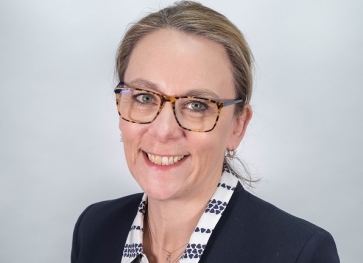 The Personal Finance Society has called for 'cultural change' and new career pathways in the profession to boost the number of female Financial Planners.

The PFS commissioned a study with Samantha Secomb, a Chartered Financial Planner and director of Petins and Women’s Wealth.

The study found that there has been some progress in attracting, developing and retaining highly qualified women to the profession in recent years but many barriers to women's progress remain.

Women were found to ‘hit the glass ceiling’ when they became primary carers for children, with their career progression ‘stunted by competitive hierarchal structures, requirements to work long hours and a bias for presenteeism’.

It said that organisations, rather than individual women, should change their approach if the profession is to become more inclusive.

It suggested cultural change including:

The report found that women had progressed best in the Paraplanning profession.

Overall, the Financial Planning profession was found to have enough opportunities to accommodate the fluctuating career intensity requirements that women were found to have in response to competing life demands.

Pay within the profession was also found to increasingly reflect qualification and competence attainments providing a premium compared to taking alternative work outside the sector.

Sarah Lord, President of PFS, said: “Financial Planning is a wonderful profession for women to achieve great things whilst having a fulfilling and rewarding career.

“In the past, due to the historical stereotypical sales culture, it was perceived that the job entailed long hours and always being available, rather than the reality of what is required to be a Financial Planning professional today.

“Creating work environments that allow women to strike a balance and harmony between work and other elements of their lives is key to financial planning becoming a more inclusive profession.”

The study commissioned by the PFS combined research on barriers to women becoming Financial Planners with data collected from 15 in-depth interviews with women working in the profession.

More in this category: « Fairstone acquires £135m AUM Chartered Planner 1 in 5 advisers unprepared for Consumer Duty »
back to top