Register for Financial Planning Today website for FREE to view more stories and get our daily newsletters. Click on 2 stories to see Registration pop up.
Friday, 06 May 2022 06:12 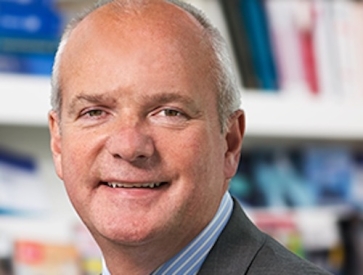 Retail funds have seen a third consecutive month of outflows, according to the latest data from the Investment Association, the fund managers' trade body.

Outflows from retail funds rose from £2.5bn in February to £3.4bn in March.

European equity funds saw outflows of £505m, up from £142m in February, reflecting the region’s economic exposure to Russia’s invasion of Ukraine.

Responsible investment funds saw their strongest monthly inflows so far this year, accelerating from £670m in February to £935m in March.

Chris Cummings, chief executive of the Investment Association, said: “Investors remained cautious in March in light of monetary tightening and Russia’s invasion of Ukraine. Although Russia launched its invasion of Ukraine in February, the economic ramifications of the conflict became clearer in March.

"Outflows from European Equity funds accelerated sharply to £505 million, as investors considered the risks of Europe's dependence on Russian commodities.

“However, March was a story in two parts and outflows were balanced by many investors rushing to use their ISA allowance and seeking potentially safer havens in diversified funds, with multi-asset strategies benefiting in particular. Inflows to responsible investment funds continued to be a bright spot, recording their strongest monthly inflows so far in 2022 and demonstrating investors' commitment to sustainable investing.”

Mixed asset funds was the best-selling asset class in March 2022, with £429m in net retail sales.

Other funds (which includes targeted absolute return, volatility managed and unclassified sectors) was the second best-selling asset class, with £412m of inflows.

Emma Wall, head of investment analysis and research at Hargreaves Lansdown, said: “It is not a surprise to see fund flows turn negative in March, as the war in Ukraine dominated the headlines and inflation hit record highs. The market reaction to the devastation in Eastern Europe was extreme volatility, and while many investors took the opportunity to take speculative bets, many chose to take their money off the table and turn to the perceived safe havens of cash and gold.

“HL clients have also turned to multi-asset funds which prioritise capital preservation, outsourcing asset allocation in the face of market uncertainty. It is worth noting however that April flows data has been more positive – at least amongst HL clients.”

Gross retail sales for UK intermediaries (including Financial Planners) were £6.9bn, representing a market share of 22.9%.

More in this category: « Tregidon takes CEO role as Maven rebrands Warning as CGT receipts soar by £5bn in 2 years  »
back to top