Register for Financial Planning Today website for FREE to view more stories and get our daily newsletters. Click on 2 stories to see Registration pop up.
Tuesday, 17 May 2022 10:43 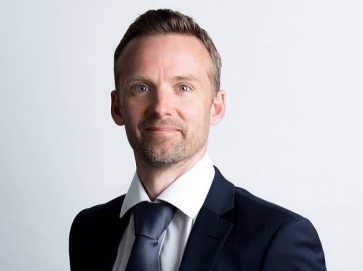 Amber flags are being raised on potentially low-risk pension transfers due to a ‘weakness’ relating to overseas investments in the new rules, according to a new report.

Overseas investments were the most common cause of an ‘amber flag’ being raised during a pension transfer according to a freedom of information request to the Money and Pensions Service (MaPS) by Quilter.

This was given as the reason in almost 40% of recorded cases, resulting in at least 134 transfers being put on hold for this reason to the end of March.

Quilter said figures likely show just a small representation of a much wider issue, as MaPS only keeps a record where the member is given the details of the amber flag by the transferring scheme.

Some pension schemes are raising amber flags on overseas investments covering mainstream investments due to the broad way the rules are worded, such as funds from asset managers investing globally.

Jon Greer, head of retirement policy at Quilter, said: “In the 12 months to 31 November 2021, the Money and Pensions Service took just 482 calls and webchats in relation to pensions scams. Comparatively, in the four months that followed the introduction of the new pension rules, this figure nearly doubled to 856. This highlights the real disconnect between the number of people whose pension transfers were potentially being targeted by a scam, versus the number of people who were able to identify this and reach out for help.

“However, while it is positive to see such a noted increase in the number of people receiving scam guidance when it comes to their pension transfers - particularly where there is a genuine cause for concern - there remains a clear issue with transfers being halted where the trustees are finding an amber flag because the new scheme offers overseas investment included in the receiving scheme - as is the case in many UK registered pension schemes. There is a clear divergence between policy intention and the practical application of the law.”

The new pension transfer rules were introduced in November which require the trustees of a transferring pension to raise an amber flag, which pauses a pension transfer, if they find that there are overseas investments included in the receiving scheme or other relevant issues.

Before the transfer can be authorised, the member involved must prove they have received scam guidance from the MaPS following the transfer being flagged.

Since the introduction of the new transfer rules, 856 members have received scam guidance from MaPS as a result of an amber flag being raised by a trustee (to the end of March).

The number of amber flags raised have risen significantly month-on-month, increasing from 20 guidance sessions in December 2021 to 505 in March 2022.

More in this category: « Only half of Britons would consider taking advice SJP drops two managers from Global Growth fund »
back to top