Register for Financial Planning Today website for FREE to view more stories and get our daily newsletters. Click on 2 stories to see Registration pop up.
Thursday, 26 May 2022 08:37 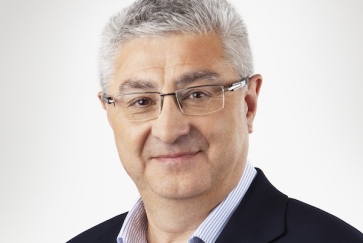 The rise comes despite a 1.9% drop in funds under direction and a 4% drop in net inflows reported for the quarter ending 31 March by parent company IntegraFin.

At the end of the half, Transact had 218,000 advised clients with assets on the platform, a 9% increase year-on-year.

The number of advisers using the platform grew by 5%.

Recent acquisition software firm Time for Advice, which was purchased by IntegraFin last year, reported a loss of £1.1m for the half, and post combination payments of £1.5m.

Delivered by Time for Advice, IntegraFin adviser practice management tool, CURO, had steady growth over the period but saw developments impacted by the conflict in Ukraine. The number of user licences increased 31%, but development of its new CURO 365 software has been impacted because some of their development partners are based in Ukraine.

Initial release of the new CURO365 system is still expected before the end of the calendar year.

Transact, popular with Financial Planners, in September said growth has been held back recently by a struggle to increase staff as quickly as planned due to recruitment issues.

The platform has since said the recruitment issues have eased.

Integrafin expects to add 50 additional software development and systems staff during before the end of March 2021 to strengthen its proprietary software and operations.

Jonathan Gunby, CEO at Transact, said: “We are delighted to report record gross and net inflows of £4.07bn (+9%) and £2.68bn (+16%) respectively and funds under direction of £53.5bn. Advisers now look after 218k clients on the Transact platform. We continue to make enhancements that benefit the client and adviser experience and our second platform charge reduction for 2022 (as announced in January) will take effect on 1st July."

The adviser platform will cut its annual commission charge from 0.27% to 0.26% from 1 July.

Alex Scott, CEO of IntegraFin, said: “Our Transact platform has delivered its highest ever gross and net inflows. This is despite reduced market confidence in the second quarter, driven by geopolitical events and rising inflation.

“Growth in revenue over the period has been dampened, as the fall in world equity markets has impacted growth in Funds Under Direction (FUD), even with record net inflows. That said, platform revenue has still grown at 11%, after fee reductions, as we have continued improving the price our Transact clients pay.”